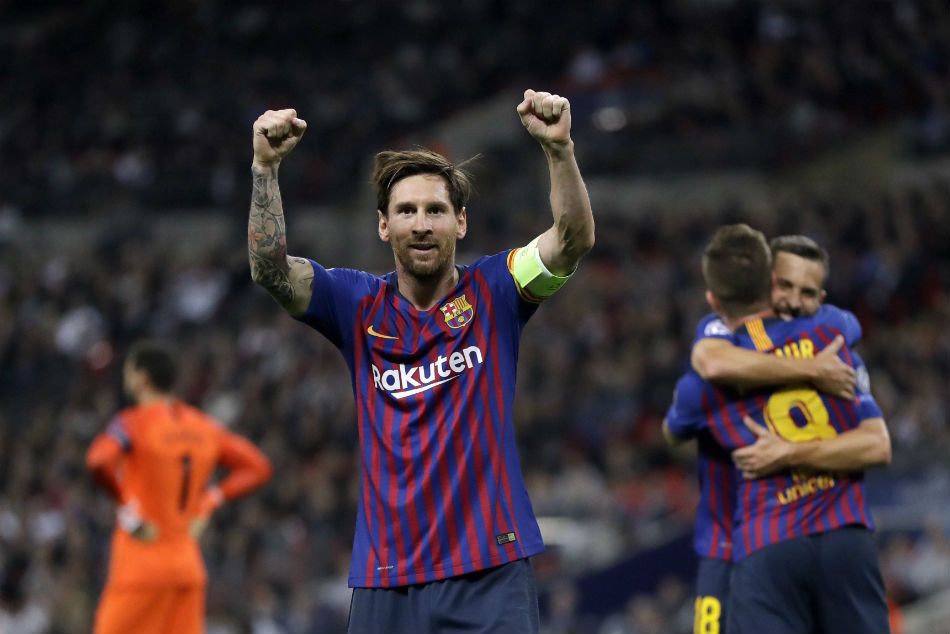 have been confirmed as La Liga champions

There is so much to play for with Getafe, Sevilla and Valencia chasing the fourth UEFA Champions League spot, Athletic Bilbao and Alaves also fighting for European qualification, and no team in the bottom half yet mathematically safe from relegation.

The weekend's action begins with fifth placed Sevilla hosting midtable Leganes at the Estadio Sanchez Pizjuan - where the Andalusians have won four of their last five LaLiga outings.

Atletico Madrid can ensure they finish second spot ahead of neighbours Real Madrid if they get at least a point on the visit to Espanyol - whose excellent recent form has seen them pull clear of the drop zone.

More than local pride is at stake at Mendizorroza, where a victory would further boost Alaves' Europa League qualification hopes, but Real Sociedad will draw level on points with their Basque neighbours if they repeat last season's away victory.

The game at the Coliseum Alfonso Perez impacts both ends of the table as Getafe will be aiming for three points to strengthen their hold on fourth spot, while visitors 17th placed Girona must build on last weekend's victory over Sevilla to remain above the drop zone.

There is likely to be less pressure when Eibar host Real Betis, although both teams will remember how the Basques won last season's fixture 5-0.

Real Madrid's players must react to last weekend's shock defeat at Rayo when welcoming Villarreal - with the Yellow Submarine having emerged from the drop zone recently and with an excellent recent record at the Estadio Santiago Bernabeu.

Valladolid's unlucky defeat at Atletico last weekend dropped them back into the relegation places, so three points are a must when Athletic Bilbao visit, with the Basques also needing a victory to stay on course for next year's Europa League.

Bottom again now Huesca have battled impressively through recent months, although results have not always gone their way, and they must lift themselves again when top four chasing Valencia visit El Alcoraz.

Then a huge six-pointer in the race to avoid the drop, with a Levante side who battled well in losing just 0-1 at Barcelona last weekend hosting a Rayo Vallecano team still 19th but boosted by their first La Liga victory in two decades over Real Madrid last weekend.