Bengaluru, March 31: The 22-member Indian Men's Hockey Team led by skipper Manpreet Singh left for Buenos Aires, Argentina from KIA, Bengaluru early Wednesday (March 31) morning. This will be the team's second outing this year after an unbeaten tour of Europe last month where they took on Germany and Great Britain.

The six-match tour against hosts Argentina includes four practice matches apart from the back-to-back FIH Hockey Pro League matches on 11th and 12th April. The tour against the Olympic Champions is largely being viewed as an exposure for the team in their preparations for the Tokyo Olympic Games this July. 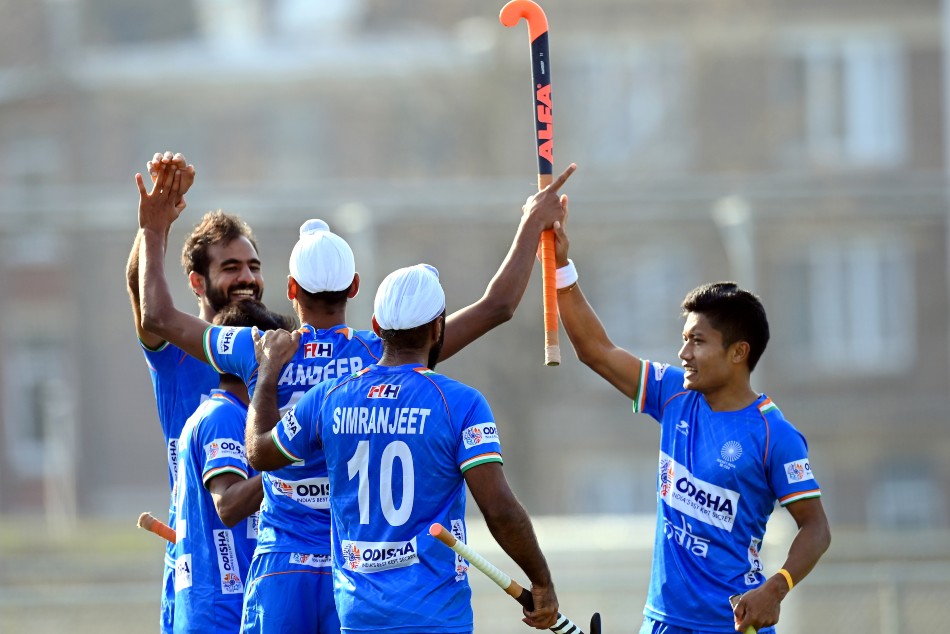 Returning to the Indian team after a year, Manpreet Singh shared his excitement about playing against a top-quality side. "I am very excited to return to the team and I am looking forward to the matches against the Olympic Champions Argentina. Not playing competitive hockey for over a year has been a big setback but this is something every team in the world is facing due to the pandemic. Though I missed out the Europe tour due to personal reasons, I was closely following the matches and it was very encouraging to see how the team performed against Germany and Great Britain. We are looking forward to yet another unbeaten tour," stated the optimistic Captain.

Speaking about his personal goals, Manpreet said, "It has been a tough year for all of us. I think personally for me, overcoming Covid last year was more of a mental battle than anything else. I was off hockey for nearly six weeks, but I was very fortunate to receive the best care, thanks to the efforts of Hockey India and SAI. Over these past few months, I have put in a lot of hard work to return to my earlier form. This tour will not only be a good occasion for the team to assess our performance but also personally for me to understand the areas I need to improve individually too."