Bhubaneswar, Dec. 5: Curtains came down on another fantastic event of hockey in Bhubaneswar as the FIH Odisha Hockey Men's Junior World Cup 2021 ended on Sunday with Argentina lifting the title at the iconic Kalinga Hockey Stadium. 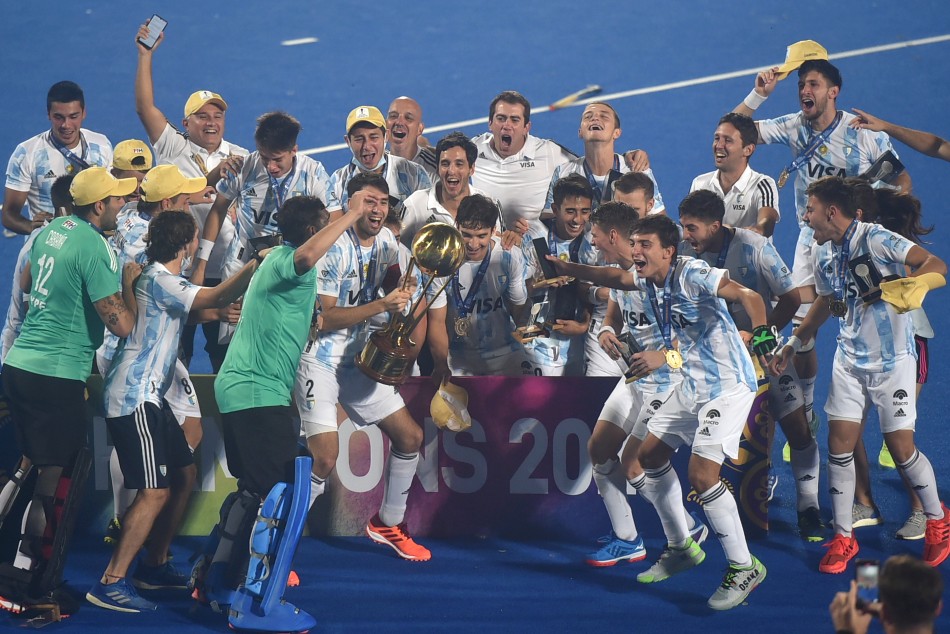 This was the first major international hockey tournament held in India after the Covid-19 pandemic halted all events in March 2020. With hockey returning to its hub in Bhubaneswar which has hosted several international tournaments including the FIH Men's World Cup in 2018, the officials of both Hockey India and Odisha State Government ensured safe playing environment was provided for players from 16 top countries as well as officials from various nations.

Lauding the efforts of the organisers, Hon’ble Chief Minister Shri Naveen Patnaik said, "Firstly, I congratulate the winners of the prestigious FIH Odisha Hockey Men's Junior World Cup 2021. I also extend greetings to all the participating teams who played in the true spirit of the game. I also congratulate the hosts Hockey India and the officials of Odisha State Government who ensured this event was a big success and they established all the covid-related protocols to ensure a safe playing environment was provided to these young and rising stars of world hockey.

“This was the first big international hockey tournament being held in India after the Covid-19 pandemic which halted all sporting events in March 2020 and I am very proud that we have witnessed successful completion despite several challenges including cyclone Jawad."

The FIH President Dr Narinder Dhruv Batra, presented a replica of the Junior World Cup trophy to the Hon’ble Chief Minister Shri Naveen Patnaik as a gesture of deep appreciation for all the support extended by the Odisha State Government to host this prestigious event for rising stars of world hockey. He also presented a replica of the Junior World Cup to the Honourable Minister Sports and Youth Services Tusharkanti Behera as well as Shri Vishal Dev, IAS, Secretary, Department of Finance, Odisha State Government and Shri Vineel Krishna, Commisioner-cum-Secretary, Department of Sports and Youth Services, Government of Odisha.

Thanking all the officials from Odisha State Government who worked round-the-clock to make this event a grand success, Gyanendro Ningombam, President Hockey India said, "It was absolutely delightful to see hockey return to its favourite hub - Bhubaneswar, Odisha which has now become synonymous to world hockey for it's incredible infrastructure as well as the hockey-loving people of the state.