Bengaluru, September 2: Newly-crowned ONE Flyweight World Champion Demetrious Johnson is open to a title defence against No. 2 ranked contender Kairat Akhmetov, but has left the final decision to ONE Championship.

With his finish of Adriano Moraes at ONE Fight Night 1 last Saturday (August 27) at the Singapore Indoor Stadium, Johnson added the ONE Flyweight World Championship to his list of accolades and improved his record to 31-4-1.

Johnson's win was significant because he avenged a knockout loss he suffered by the hands of Moraes at "ONE on TNT I" in April 2021. For the first time in the 36-year-old's professional career, he lost a fight via finish, and it was only his second loss in a decade.

With his spectacular win, the 13-time MMA World Champion now has a target on his back, but "Mighty Mouse" is open to any challenge that may lay ahead. One possibility could be #2-ranked flyweight contender Kairat Akhmetov. 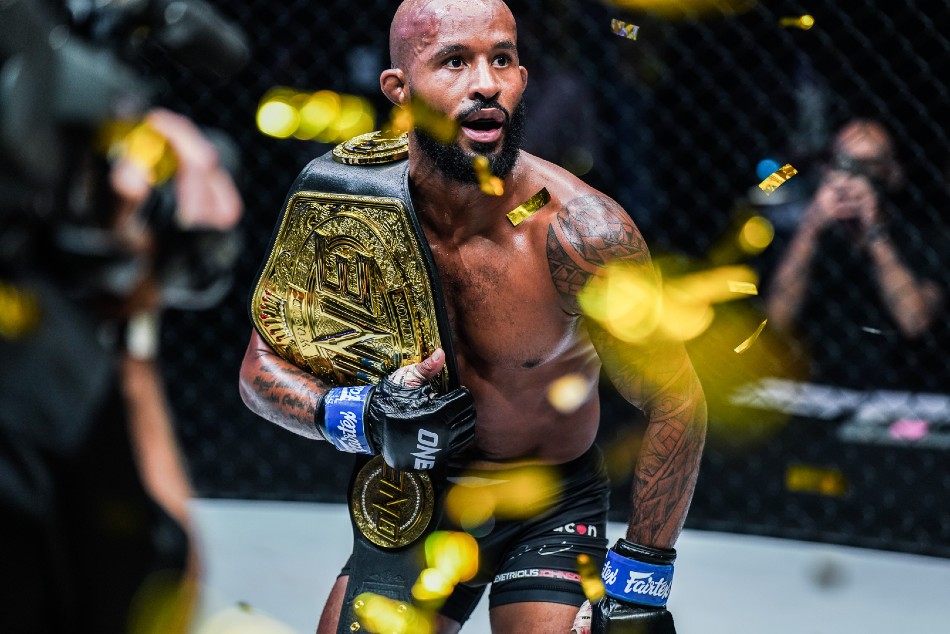 "I wouldn't mind giving Kairat Akhmetov a chance, but it's up to ONE Championship. But Kairat Akhmetov, mad respect to him. He's on a five or six-fight win streak. I thought he was going to get a title shot against Adriano," Johnson said.

Then, earlier this year, the American faced ONE Flyweight Muay Thai World Champion Rodtang Jitmuangnon in a special rules super-fight at ONE X. Johnson defeated "The Iron Man" in round two with a rear-naked choke.

Akhmetov has also had a stellar run within the Circle, going 7-2 in the organization. The 34-year-old defeated Adriano Moraes for the World Championship in November 2015 but lost it to "Mikinho" in their rematch in August 2017.

No matter who stands across from him, Johnson is confident in his abilities and is not threatened by the skills of the fighters that will challenge him next.

"I think when it comes down to one of the best flyweights to ever do it, and what I put myself into, I don't think there's anybody else out there who's been able to adjust. I think what people need to understand is that when people give me that title, it's because I'm able to make adjustments to fight any type of style," Johnson said.

"Against Adriano, he has a range advantage. He's a bigger guy. And I was able to overcome that by controlling the distance. Me being 5'3'' and him being 5'9'' - that's where I think the greatest of all time comes from. And me being a flyweight [who can] do that, I think it just adds to my legacy."