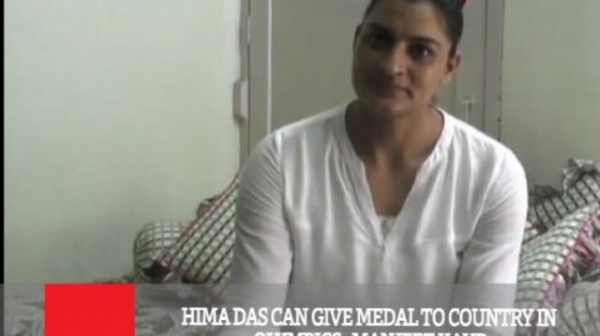 Hima Das Can Give Medal To Country In Olympics - Manjeet Kaur

New Delhi, April 30: Top quartermiler Hima Das was been named in India's women 4x400M relay team for the International Association of Athletics Federations (IAAF) World Relays, which begins in Yokohama, Japan on May 11, despite pulling out of the recent Asian Athletics Championships in Doha due to lower back pain.

It may be recalled that Hima had dropped out midway through her 400M heats at the Asian Championships held at the Khalifa International Stadium due to lower back spasm and she was later ruled out of the women's 4x400M relay and mixed 4x400M relay races.

It is learnt that the coaches and officials of Athletics Federation of India (AFI) feel that Hima can recover by the time of the World Relays which is an important event as far as qualification for IAAF World Championships (to be held from September 28 to October 6 in Doha) and next year's Tokyo Olympics is concerned.

Indian Relay team All the best ..Do well .. pic.twitter.com/ourLmMjTKD