The Warriors rallied and held off being eliminated by the Toronto Raptors in Game 5 of the NBA Finals, but Durant's injury has been the big headline. 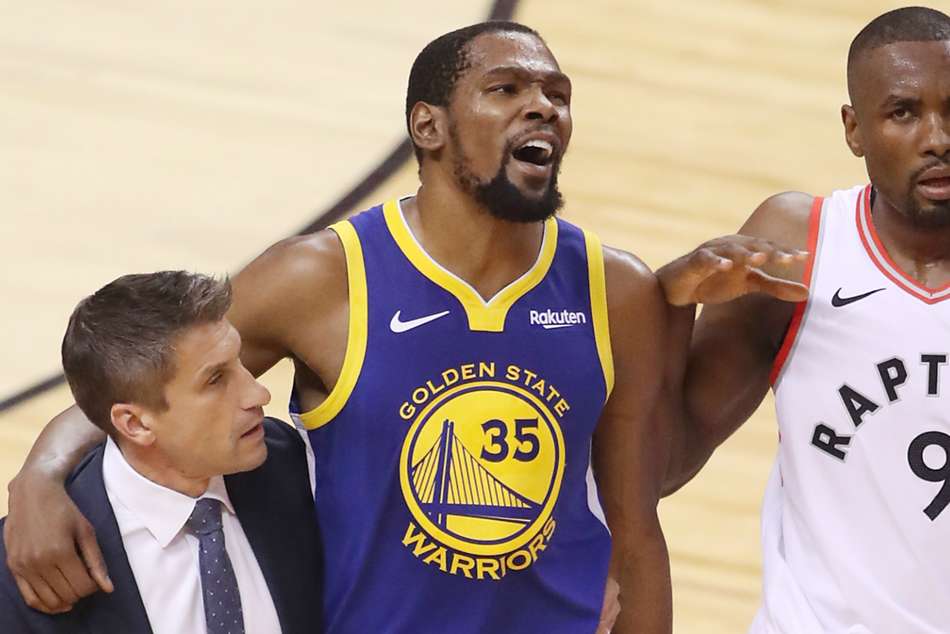 Despite being on the opposing Finals team, Raptors star Leonard offered Durant some advice on how to come back from such a huge injury.

"We work so hard to get to this point and the game gets taken away from you, especially with leg injuries and things like that," Leonard told a news conference on Wednesday (June 12).

"You're not really able to run or do anything on the floor. You really have to change your mindset on things and try to attack each day in getting better and just know you're going to play again one day.

What’s good everybody I wanted to update you all: I did rupture my Achilles. Surgery was today and it was a success, EASY MONEY My road back starts now! I got my family and my loved ones by my side and we truly appreciate all the messages and support people have sent our way. Like I said Monday, I'm hurting deeply, but I'm OK. Basketball is my biggest love and I wanted to be out there that night because that’s what I do. I wanted to help my teammates on our quest for the three peat. Its just the way things go in this game and I'm proud that I gave it all I physically could, and I'm proud my brothers got the W. It's going to be a journey but I'm built for this. I’m a hooper I know my brothers can get this Game 6, and I will be cheering with dub nation while they do it.

"You want to come back as the player that you were and make sure you come back when you feel healthy. You feel good enough that you feel confident in yourself to go back out there on the floor and know that that day will come.

"That's your assignment – to get back to the thing that you love to do."

Leonard knows what it is like to be sidelined. He missed the majority of last season due to a quad injury, which reportedly caused a rift between him and his then-team, the San Antonio Spurs.

Leonard went on to join the Raptors, where he has made a huge impact in his first season. He is averaging 30.9 points, 9.2 rebounds and 4.0 assists in 39 minutes per game in the postseason.

Durant had been sidelined for a month with a calf strain before returning to the floor on Monday (June 10). In just 12 minutes of play, Durant stepped in such a way that caused his Achilles to pop.