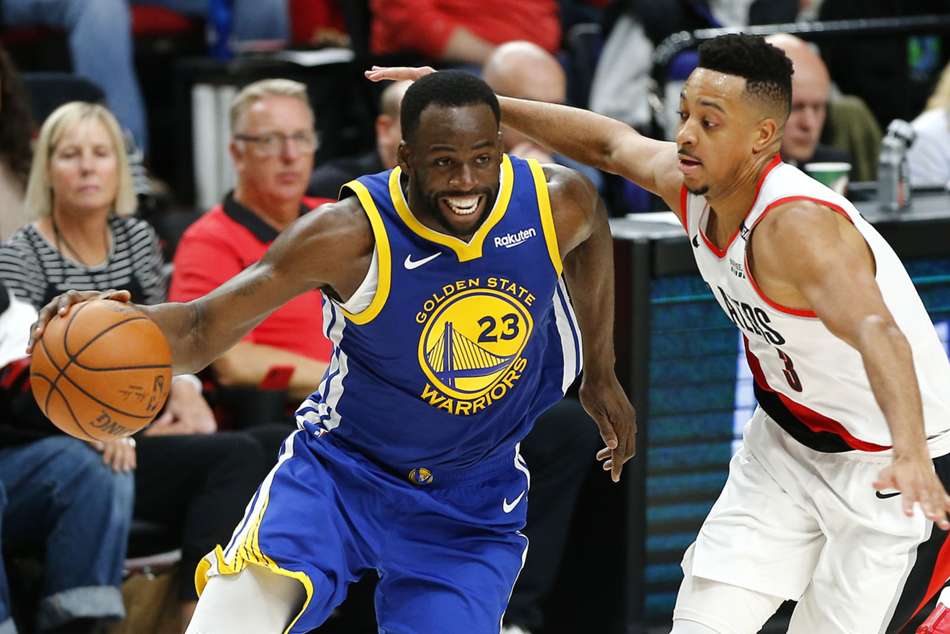 Here are three takeaways from Golden State's comeback win on Saturday (May 18), with another trip to the NBA Finals only one victory away.

Portland led by double-digits at half-time for the second consecutive game, but blew their lead to the defending champions again.

Last time the Trail Blazers' blunder was at Oracle Arena, but home-court advantage made no difference.

Golden State have been the best third-quarter team during the NBA season, and now Portland have their back against the wall.

The Warriors have been very fluid in transition against the Trail Blazers, as they have outscored Portland 53-23 in the series.

The Trail Blazers are not getting any freebies, and that probably will not change.

Green has his fingerprints on everything

Draymond Green is simply a difference maker in every area for the Warriors. The 2016-17 Defensive Player of the Year has seen an uptick in usage in the absence of Kevin Durant, and Golden State seem to have returned to the days of old because of it.

Draymond becomes the fifth player in @NBAHistory to tally a triple-double in three straight #NBAPlayoffs series in a single postseason 💪 pic.twitter.com/2ribDEaaMN

Green stuffed that stat sheet with 20 points, 13 rebounds, 12 assists, four steals and a block against Portland. Although he committed three fouls, he helped set the tone with his usual physicality. He also provided valuable leadership qualities to keep his team in the hunt.

The Trail Blazers will attempt to get their first win of the series on in Portland on Monday.