As the Dakar competitors take a well-deserved rest day, Sainz increased his lead in the overall standings to 7min 46sec over Al Attiyah. Peterhansel is third, 16min 18sec behind Sainz.

The first week of the inaugural Saudi Arabian Dakar Rally 2020 concluded with a dash over 352 kms of sand dunes between Ha'il and Riyadh. The pace was relentless as competitors jostled for position in the open desert.

Saturday's (January 11) rest day maybe not be as relaxed as it sounds. Competitors will work alongside engineers and mechanics to ensure their vehicles are in the best shape possible to conquer the remaining 4,000 kms still to be navigated in Saudi Arabia.

Then an early start beckons on Sunday (January 12) as the rally gets back underway with a monstrous 546 kms special stage that takes the convoy to Wadi Al Dawasir. 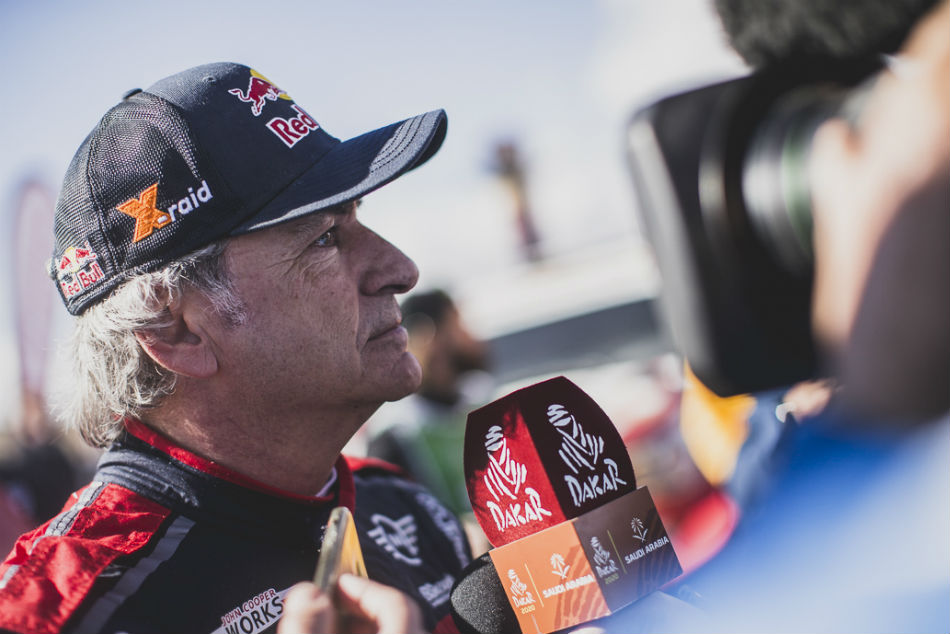 The Dakar Rally 2020 has so far taken the competitors on a gruelling 3,700 kms route between Jeddah and Riyadh.

After the rest day, the off-roaders that remain in the race will tackle six more challenging stages before the chequered flag falls in Qiddiya on Friday (January 17).

The three-way battle between Dakar legends Sainz, Al Attiyah and Peterhansel continues to intensify in the car race.

On stage 6 it was the turn of Peterhansel to lead home the front-runners, but Sainz and Al Attiyah were both able to minimise any lost time as the Dakar Rally 2020 reaches its half-way mark.

Two-time Dakar winner Sainz has the overall lead, a position he has held since the conclusion of stage 3.

Sainz's fellow Mini Buggy driver Peterhansel is third in the general classification, 16 minutes behind his team-mate. Sandwiched between Sainz and Peterhansel is reigning Dakar champion Al Attiyah, less than eight minutes off the overall lead.

Al Attiyah was candid while admitting that the Minis had an advantage over his Toyota.

Alonso in the hunt

Two-time Formula One champion Fernando Alonso, who is making his Dakar debut, finished sixth in another Toyota, 7min 56sec behind Peterhansel.

The Spaniard, who has compatriot Marc Coma as his co-driver, is perched 16th overall in the standings, more than three hours off the pace, with a podium finish looking very unlikely.