My family is starting to get a bit drunk! - Quartararo thrilled with Jerez double

Jerez, July 26: Fabio Quartararo joked his family is starting to "get a bit drunk" after doubling up in Jerez to begin the MotoGP World Championship. 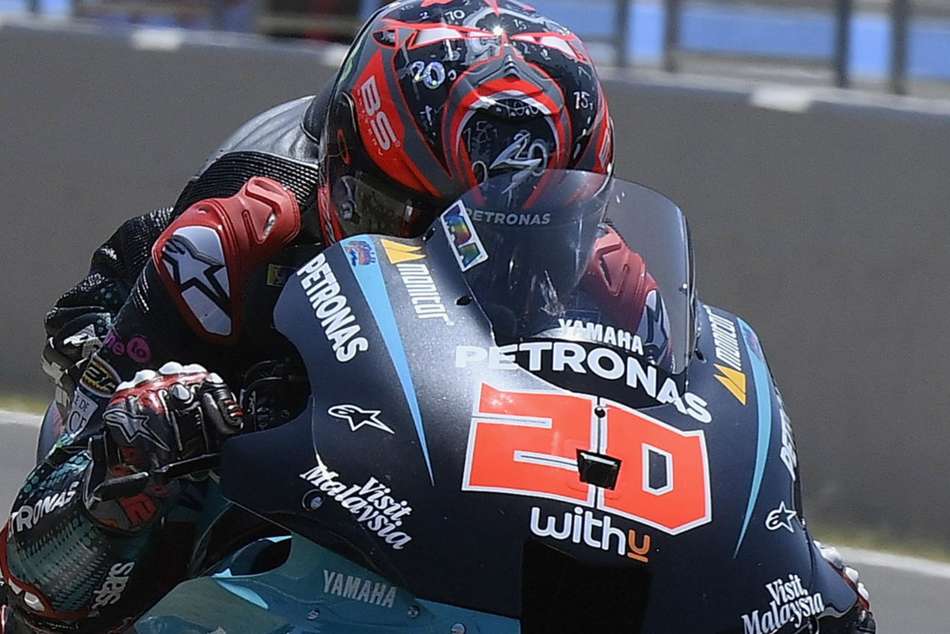 The Frenchman was dominant from pole position at the Andalusia Grand Prix to pass the chequered flag in first place for the second week running and just seven days on from earning a first premier class triumph.

On a sweltering day in Spain, Quartararo was elated to come out with consecutive wins.

"Oh my god that was tough!" An exhausted Quartararo said after the race.

"Normally we start with new tyres from the grid, today we decided with Yamaha to make the warm-up lap three laps to see if the tyre was okay and everything.

"I made an amazing pace from the beginning, I was so happy with my pace. It was tough.

"It's an amazing feeling, what can I say? Thanks to my team. We make a lot between the two races, my family is starting to get a bit drunk now to celebrate!

"It feels so good to make it back-to-back wins."

Maverick Vinales eventually took second despite an outing riddled with errors, starting as early as the first lap when an attack on Quartararo at the final turn saw him go wide and slip behind Valentino Rossi.

"It was impossible to breathe. On the first lap I tried to overtake Fabio, I felt strong with the bike, I went wide," he said.

"Then I was stuck behind Valo, then I could not breathe, I don't know why.

"I could not make more, I was saving for the last five laps, I had a good rhythm again. Today I missed the first corner, if not I think I make it a much better race."

Rossi, who endured a tough opening weekend, reflected on a top-three finish that he said almost felt like a win.

"I'm very happy, because it's a long time [since] we came from a bad period with a bad result," he said.

"We made a good job, made a good start, the race was very long. It's not like a victory but similar."