Djokovic recovered from a first-set deficit before recording a 7-6 (7-1) 6-4 6-3 semi-final victory over Federer in hot conditions on Rod Laver Arena in a match lasting two hours and 18 minutes.

A record seven-time champion in Melbourne, the Serbian star proved too good for Federer, 38, in the 50th meeting between the all-time greats, with 27 having now been won by Djokovic. 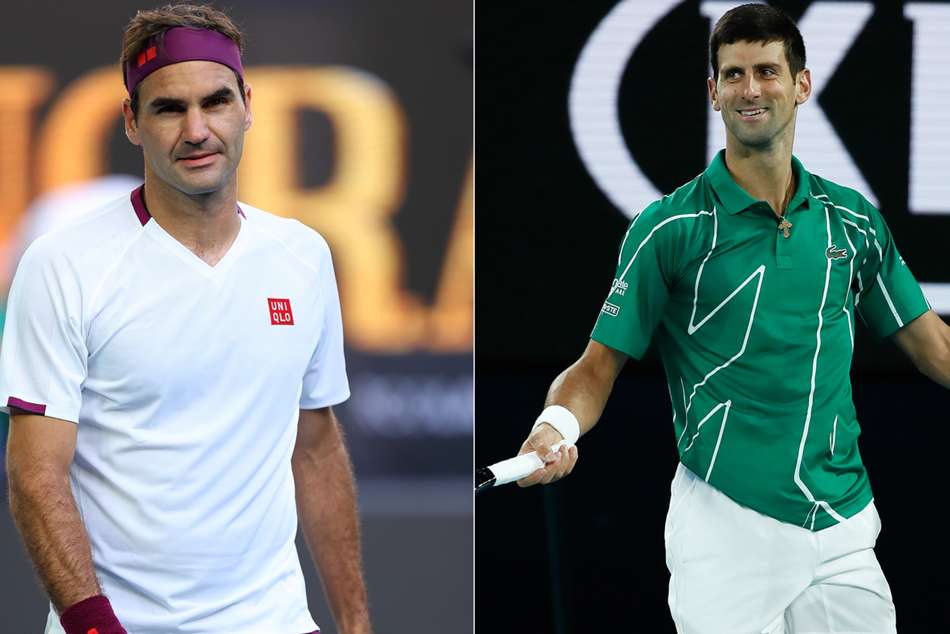 But it only came after Federer coughed up a 4-1 lead in a first set he should have won, the 20-time grand slam winner – who took a medical timeout after the opener – letting a huge chance slip.

Djokovic, who started slowly, would punish him to move within a win of a 17th major title and eighth in Melbourne, where he has never lost a semi or final, with Dominic Thiem or Alexander Zverev awaiting.

After saving two break points in the opening game, Federer – who looked sprightly after his groin worry in the incredible quarter-final against Tennys Sandgren – broke for a 2-0 lead with a wonderful backhand pass down the line.

An uncharacteristically sloppy Djokovic would break in the next game before giving up serve once more, sending a backhand wide on break point.

Djokovic dug out of a 0-40 hole when trailing 4-1 and from 0-30 down in the eighth game, those holds proving crucial when he broke to love after a poor ninth game from Federer, who produced four bad errors.

Suddenly, a set Federer looked in complete control of slipped out of his grasp, the 63-minute opener settled after the improving Djokovic played a superb tie-break.

After an off-court medical timeout at the end of the first set, Federer had the greater difficulties on serve throughout the second before Djokovic landed the break at the perfect time.

As "Nole! Nole! Nole!' chants rang out among a crowd largely backing Federer, Djokovic broke serve and took the second set with a cross-court winner following a drop shot from his opponent.

Federer tried to hang in there to begin the third but, in truth, he was causing Djokovic few problems.

Djokovic closed in on victory with a forehand winner for a break and 4-2 lead, a tough hold in the following game helping him past Federer for the fifth time in their past six meetings.