Thiem ready to up level for 'ultimate challenge' of Nadal

Monaco, April 20: Dominic Thiem overcame Novak Djokovic at the Monte Carlo Masters on Thursday (April 19) but is ready to raise his game for the "ultimate challenge" of Rafael Nadal in the quarter-finals. 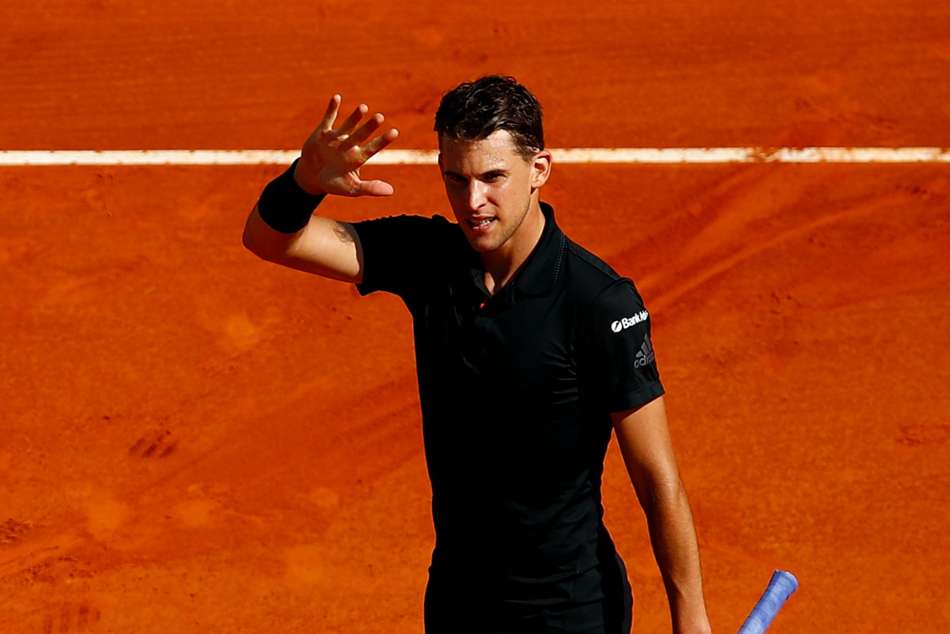 The pair met four times on clay in 2017, with the Spaniard triumphing in finals in Barcelona and Madrid, as well as the French Open semi-finals.

Thiem's solitary victory came at the Internazionali BNL d'Italia and he knows he needs to be at his best to have a chance of ending Nadal's hunt for an 11th Monte Carlo title.

"It's the ultimate challenge for everybody, to play against him," said Thiem.

"For sure I have to raise my level again. I think I'm able to do that. If I do so, I'm going to have chances tomorrow [Friday]. If not, I'm out. It's pretty easy.

"Of course, I would have liked to have faced him later in the tournament. But the draw was a little bit unlucky for me. Hopefully for him, as well."

Tomorrow, @ThiemDomi bids to become the 10th man to beat both @DjokerNole and @RafaelNadal at the same tournament. Can you name the other nine?

Nadal, playing in his first tournament since the Australian Open having been sidelined by a hip injury, acknowledged he cannot afford to take Thiem lightly.

"It's going to be a difficult match," said the Spaniard after his 6-3 6-2 victory over Karen Khachanov.

"He is a player that plays so good in every surface, but especially on clay. He hits the ball hard.

"I can't let him play from good positions because he has lot of power. I need to play aggressive, with a higher intensity than him, then we'll see."