London, June 25: Rafael Nadal is halfway to a calendar Grand Slam, a feat that would mark the crowning point of any player's career.

Yet the Spanish great does not have to look far back into history to see how quickly that dream can be scuppered, with Novak Djokovic having fallen agonisingly short of a sweep of all four majors only last year.

As perhaps the most grounded player in tennis, Nadal heads into Wimbledon well aware that winning the first two majors of the year is no guarantee of any future success. 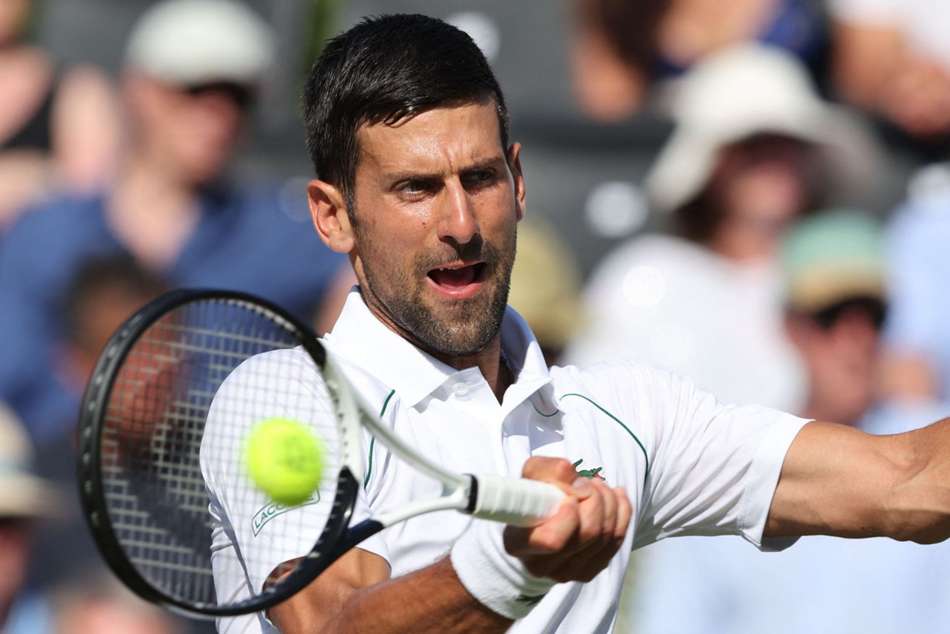 At the age of 36, and with a foot problem that requires careful maintenance, it would be arguably the most remarkable feat in the Open Era if Nadal were to add the Wimbledon and US Open titles to his Australian Open and French Open triumphs.

Such dominance is scarce in tennis, and Rod Laver was the last player to scoop all four men's singles titles at the majors, all the way back in 1969.

Steffi Graf won all four on the women's side in 1988, and it seemed a knock-in that Serena Williams would do likewise in 2015 when she headed to the US Open with three majors already bagged.

But Williams famously came unstuck when she faced Roberta Vinci in the semi-finals, while Djokovic went even closer in 2021, losing to Daniil Medvedev in the final at Flushing Meadows.

WHAT THE GREAT CHAMPIONS SAY

Before tennis reached its Open Era, which marked the dawning of professionalism on the tour, Laver won his first calendar Grand Slam in 1962.

He said later, quoted by the Tennis Hall of Fame: "It was a thrill to come off the court knowing I had won all four majors in one year. But I never felt like I was the best, never felt that way. I just happened to have a good year."

His 1969 dominance came a year after Laver returned to the majors, following a five-year exile while he played professional tennis elsewhere. When the majors allowed professionals to compete alongside the amateurs, 'Rocket Rod' was again unstoppable.

Laver turned 31 in 1969 and did not win any further grand slam singles titles in his career after that astonishing season, but that second perfect season sealed his legacy as an all-time great.

Stefan Edberg won a boys' singles clean sweep in 1983, but Laver remains the only player to win the men's singles full set in a calendar year since American Don Budge captured all four in the 1938 season, the first time it was achieved by a man. Maureen Connolly and Margaret Court achieved calendar Grand Slams in women's singles in 1953 and 1970 respectively.

A non-calendar Grand Slam was accomplished by Djokovic, when he won Wimbledon, the US Open, Australian Open and French Open consecutively across the 2015 and 2016 seasons. Yet no man other than Laver, Budge and Djokovic has won all four singles crowns in succession.

It has been 11 years since Nadal himself went close. He went to the Australian Open in 2011 with the Roland Garros, Wimbledon and US Open trophies in the bag, looking to complete the set.

"I think it is almost impossible. It is very, very difficult, no? Tennis is a very competitive sport and there is not a lot of difference between players. So a lot of matches are decided in a few balls. So for that reason it is very difficult to have one player winning everything. That's the truth."

Nadal, hampered by injury, lost in the Melbourne quarter-finals to David Ferrer in 2011 and had not won back-to-back slams since, until this year's surprise double.

It is too soon to think that Nadal has a glorious chance to land all four big ones this year. After all, although he has won Wimbledon twice before, those triumphs came in 2008 and 2010, and he has a chronic foot problem. He has required radiofrequency ablation treatment in the past fortnight, preventing nerves in his foot sending messages to his brain.

He fell to Djokovic in the 2011 Wimbledon final and has not been back to the title match since, suffering a run of disappointing early exits in London before reaching semi-finals in 2018 and 2019, his last visits to the tournament.

Serbian Djokovic, a year Nadal's junior, would be able to tell his great rival just how intense the strain can become when a calendar Grand Slam becomes a serious prospect.

Speaking in November last year, two months after Medvedev denied him in New York, Djokovic said: "I'm very relieved that the grand slam season was done, because I felt a tremendous pressure unlike anything I felt in my life.

"It was an interesting experience, and I'm very satisfied with the way I played in grand slams, three wins and a final. There are much more positive things to be grateful for and to look at than negative."

Like Djokovic, Serena Williams has managed the non-calendar Grand Slam before, with the American first achieving that from the French Open in 2002 to the Australian Open in 2003, and in 2015 she was aiming for five slams in a row when she arrived at the US Open, having begun her dominant streak at her home grand slam the previous year.

That would have meant Williams sealed each of the 2015 slams, and losing to Vinci led to stark frustration, underlined by a terse response to the question of how disappointed she felt by the result.

"I don't want to talk about how disappointing it is for me," Williams said. "If you have any other questions, I'm open for that."

Sometimes, players get ahead of themselves when looking at the season ahead, and Naomi Osaka had a calendar Grand Slam in her thoughts after winning the season-opening Australian Open in 2019.

She had also triumphed at the US Open at the end of 2018, and the Japanese star was beginning to think she might enjoy an invincible year at the majors, only to stumble to a third-round French Open defeat to Katerina Siniakova.

Osaka said: "I think I was overthinking this calendar slam. For me this is something that I have wanted to do forever, but I have to think about it like if it was that easy, everyone would have done it."