Dubai, September 20: Kedar Jadhav has a knack of picking up crucial wickets and the Indian batsman attributes his golden touch to not bowling much in the nets. Jadhav, who has made a comeback after recovering from a hamstring injury, made a compelling contribution of three wickets in the Asia Cup 2018 clash against Pakistan on Wednesday (September 19), picking up three wickets with his deceptive side-arm action.

"I don't bowl much in the nets. Honestly, I just bowl a couple of overs in the practice session before a match. I think if I try and work on my bowling in the net sessions, then whatever is there. it might get broken. So I stay in my limit," said Jadhav, who has featured in 42 ODIs.

Jadhav also recalled how former captain Mahendra Singh Dhoni's decision to hand him the ball in an ODI against New Zealand back in 2016, revealed the bowler in him. 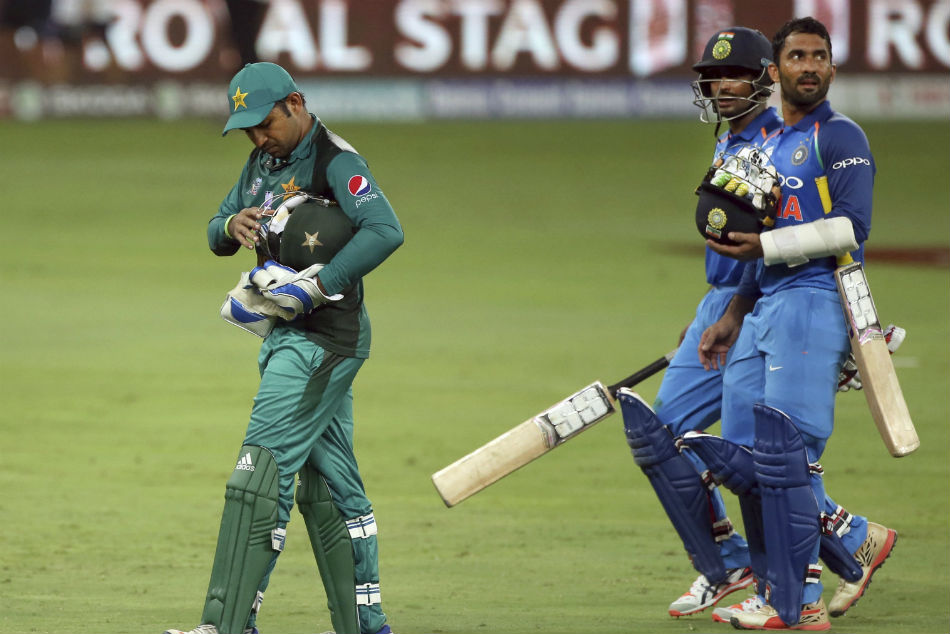 "Ever since Dhoni bhai asked me to bowl in that New Zealand match, my life has completely changed," he said.

Asked to pinpoint a reason for his wicket-taking ability, he said: "We try to do what we're expected to do-bowling in the right areas, you know, keeping the pressure while the fielders are in the circle. If we stick to the processes, the results will take care of itself and that's what I feel is happening."

He feels a tweak in his fitness regimen after a surgery in April has also helped him become a better cricketer.

"I feel my fitness has improved after my surgery, and in the last four months, I have learnt a lot about training and fitness. It has definitely helped me and has made me a different cricketer.

"Every time I did my rehab previously, I used to start playing, (thinking) that the problems won't come back again. Many a time I also used to miss my routine, but now, regardless of how I feel, I start my day with either gym or running.

Comprehensive - How was that for a performance. #TeamIndia clinch the 2nd ODI against Pakistan by 8 wickets 🇮🇳🇮🇳🇮🇳 #AsiaCup #INDvPAK pic.twitter.com/3n2BqCKbuq

"That gives me confidence that I'm getting stronger and fitter every day, and that helps me on the field," said the 33-year-old, who did not get to bat against Pakistan.

With India playing arch-rivals again on Sunday, he may get to make a telling contribution with the bat as well. "India-Pakistan matches are always exciting, we won and it feels good. But we treat every team with the same intensity," he said.

Jadhav was also asked about skipper Rohit Sharma's sublime half-century in the low-scoring game, he said watching him bat is mostly "unreal".

"When Rohit bats like the way he did, we know we wouldn't have to go in to at all. It's always exciting to watch him bat. It's unreal at times, you wonder 'how can that shot even be hit'?" he said.

On whether the absence of regular captain Virat Kohli is an opportunity for players like him, as suggested by former skipper Kapil Dev, Jadhav said the observation is not completely off the mark.

"When he bats, he doesn't get out. So yes, when he is not in the team, we get more opportunity to bat. But he is the backbone of our team. We definitely miss him," he said.