Australia vs India, 1st Test, Day 1: It's one of my top-5 Test knocks: Pujara on hundred

Adelaide, December 6: Indian batsman Cheteshwar Pujara on Thursday (December 6) said his gritty hundred in the opening Test against Australia ranks among the top five of his 16 centuries in the longest format. This was the second overseas hundred for Pujara this year, after his effort in Southampton against England. 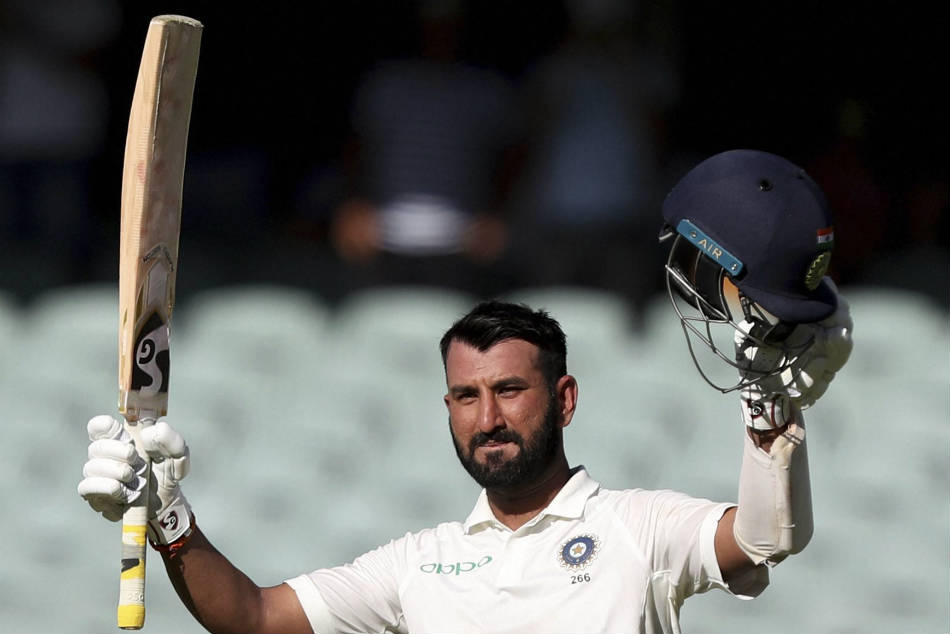 He also scored fighting half-centuries in the two Test wins at Johannesburg (against South Africa) and Nottingham (against England). "It (Thursday's knock) is one of my top innings in Test cricket, I could say top five. I can't rate if it was one of the best but the teammates were appreciating, they were saying it was one of the best," he said at the end of day's play here with India at 250/9 thanks largely to his effort.

Pujara scored 246-ball 123 to pull India out of trouble in the ongoing match here. The 30-year-old said although a majority (10) of his 16 hundreds are at home, it in no way suggests that he is more effective on Indian pitches. Only three of Pujara's overseas hundreds have come outside the sub-continent. "...people have always said that I have scored more runs in India. But at the same time, you also need to look at the number of matches we play in India. If we have played more number of matches in India, obviously I will score runs there," he reasoned.

A supreme, defiant knock, even as the rest of the Indian batsmen struggled, and he has kept the team's hopes alive here. #AUSvIND LIVE ⬇️https://t.co/sCMk42Mboc pic.twitter.com/T29wQax7Hk

The right-hander said he has never been short of confidence while taking guard on foreign pitches. "At times, I have had a bad phase playing overseas but I still feel very confident playing in different conditions and playing county cricket has helped me a lot. Playing in England, conditions are always challenging and when you come to Australia, you know that pitches are slightly better and as I said, I had decent time to prepare before the Test series," he said.