Beautiful tracks for batsmen but bowlers won't get lateral movement at World Cup in UK: Tendulkar

Mumbai, May 2: Legendary cricketer Sachin Tendulkar on Thursday said the World Cup in the United Kingdom will offer beautiful batting tracks but he doesn't expect the ball to swing much in the hot conditions that will prevail there. 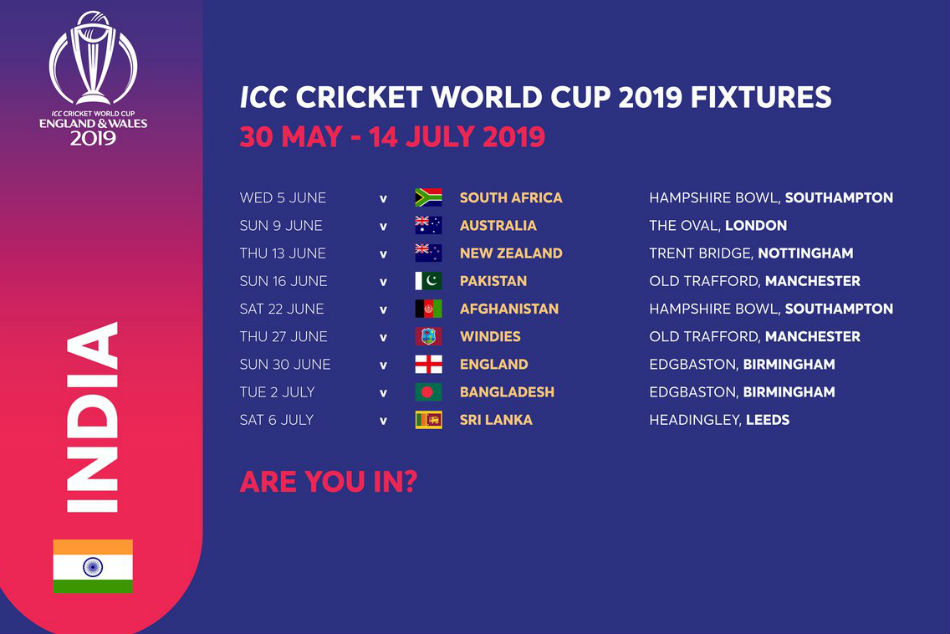 The World Cup, which will kick-start on May 30 in the UK, will see all 10 participating nations face-off against each other. "I am told it's going to be a hot summer. Even in the Champions Trophy the wickets were superb when the sun was out. In the heat the wickets get really flat. I am sure they will give beautiful tracks to bat on," Tendulkar said on the sidelines of the inauguration of the MIG Club pavilion named after him.

"I don't think there will be much difference in the conditions unless there is a heavy cloud cover. If there is a cloud cover, the ball might go around a bit. Even if that's the case I don't see that happening for a longer duration just the first over if at all," he added.

Several Indian players, including captain Virat Kohli, Hardik Pandya and KL Rahul, are performing well in the ongoing Indian Premier League. Asked if that will help them in the World Cup, Tendulkar said: "A good performance in any format is good news because it gives the player confidence. If you are confident in any format, that's important."

"The players have time to make some adjustments according to the conditions. All of them have played enough cricket to know what to do to improve," he added.

The 46-year-old, who also launched the Tendulkar Middlesex Golbal Academy camp here, recalled an interesting anecdote from one of playing trips to England. "Once, we played a match in Essex and were travelling to our next venue and there was a major motor accident. In 3-3.5 hours we had just covered just 250 metres. We thought if we walk we might possibly cover more distance. Even now when all of us get together we discuss that day and how half a movie ended while our bus coach was stuck at the same place."

The cricket icon also extended his best wishes to another batting legend -- Brian Lara on his birthday. "We both caught up a few weeks ago. I told him 50 down 50 to go. He is a wonderful chap, with him what you see is what you get. He is a thorough gentleman and we've gotten along well for several years. He has done special things on the cricket field but I hope the best is yet to come for him," Tendulkar said.