London, May 24: England cricket team suffered major scare in the run-up to the ICC Cricket World Cup 2019 as their captain Eoin Morgan will undergo "a precautionary X-ray" after injuring his left index finger in training.

The England and Wales Cricket Board announced on Friday (May 24) that Morgan was practising with his teammates at the Ageas Bowl in Southampton ahead of Saturday's unofficial World Cup warm-up against Australia when he took a blow during catching drills.

"Eoin Morgan took a knock to his left index finger fielding this morning. He is going to hospital after practice for a precautionary X-ray," said a brief statement from the ECB. 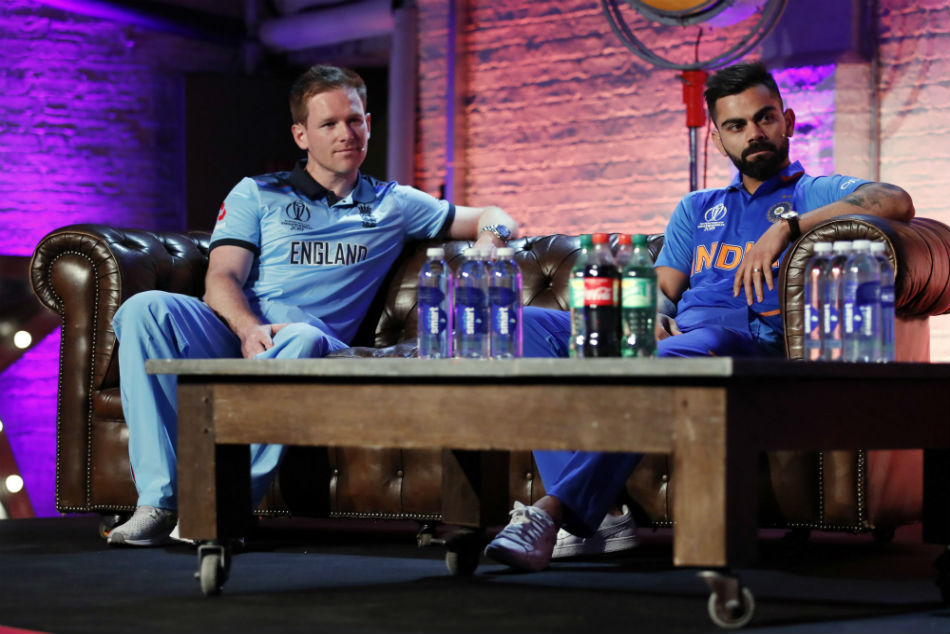 England could be the first to score 500 in World Cup: Kohli

The 32-year-old cricketer was one of 14 players preparing at Hampshire's ground, with Joe Root absent on personal business.

England are ranked No.1 in the ICC ODI Rankings and Morgan has lead the team brilliantly in the last four years. Morgan is also a key member of England powerful batting line-up. The host nation play the opening match of the World Cup against South Africa on May 30.

Earlier on May 21, while speaking on the sidelines of England's World Cup kit launch Morgan reflected on his side's emphatic 4-0 series win against Pakistan, citing it as good preparation before the start of the tournament.

"We're as ready as we can be," he said. "We're positioned in the best possible place at the moment. We'd like to start playing tomorrow."

The England skipper and the selection committee led by Ed Smith had some tough decisions to make for the final World Cup squad. Jofra Archer's inclusion meant David Willey, who had been a regular feature in England's limited-overs side for last few years, was left out of the final 15-member squad. Morgan was at pains to stress that Willey and Joe Denly, the other absentee, would be England's reserves in case of injuries.

"They were extremely tough decisions. Joe and Dave missing out is extremely unfortunate. I spoke to Dave and Joe last night and obviously said the longer term, with the length of the tournament we are likely to get injuries - they are next in line, no doubt about that."