I was promised farewell game if failed Yo Yo test: Yuvraj Singh 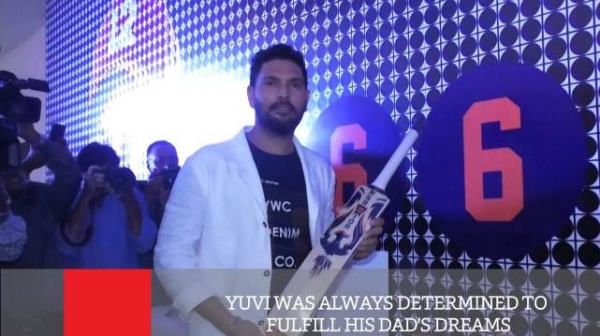 Yuvi Was Always Determined To Fulfill His Dad’s Dreams

Mumbai, June 10: Yuvraj Singh on Monday (June 10) revealed that he was promised a farewell game by the BCCI provided he failed the 'Yo Yo' fitness test. However, he passed it and the swansong never happened.

The 37-year-old, who announced his retirement here after almost 17 years of international cricket, last played for India in June 2017.

"Mujhe bola gaya tha agar aapse 'Yo Yo' test pass nahi hota toh aap retirement match khel sakate ho (I was told that if you are not able to pass the 'Yo Yo' test, I would get a farewell game)," the 37-year-old said at an emotional press conference to announce his decision to quit international cricket to pursue a freelance T20 career internationally.

"I did not tell anyone in BCCI that I have to play the last match. Agar main accha tha, potential tha toh main ground pe se chale jaata. (If I was good enough, I would have retired from the ground). Aur mujhe is tarha ki cricket khelna pasand nahi hai, ki mujhe ek match chahiye (I don't like to ask for a game, I have never played the game with that mindset)," he said.

Asked for his thoughts on the test, which must be cleared to make the Indian team right now, Yuvraj gave a guarded reply leaving the details for the future.

"See I am sure now I'll have a lot of time to discuss these things, I'll have a lot to say. I am not saying right now because India is playing the World Cup. And I don't want any controversies over the players.

"I want the players to be in the best space, to go in the last four, so I am sure my time will come to speak and I don't want be in that space I have retired in the World Cup, I have just retired because I want to move on in my life," he said.