By Ranjit
Updated: Thursday, October 21, 2021, 8:39 [IST]
omnisport-Sajith B Warrier
The Super 12 will feature 2014 winners Sri Lanka after they secured qualification with a T20 World Cup win over Ireland.

Bengaluru, October 21: Sri Lanka are through to the T20 World Cup Super 12 after a dominant 70-run win over Ireland.

Wanindu Hasaranga's 47-ball 71, along with 61 from Pathum Nissanka, which came from the same amount of deliveries, propelled the 2014 winners to 171-7.

The 172 target proved well beyond Ireland, who were dismissed for 101 with nine balls left, Hasaranga also taking a wicket and bowling a team-high 14 dot balls in a Man of the Match display.

It means Sri Lanka can top Group A with a win over the Netherlands, whose hopes came to an end with defeat to Namibia.

Max O'Dowd hit a 56-ball 70 for Netherlands as they posted 164-4, however, David Wiese's unbeaten 66 ensured Namibia got over the line for a six-wicket win with six balls left.

England are among the tournament favourites and they underlined that status with a 13-run warm-up win over New Zealand in which Jos Buttler delivered a scarcely needed reminder of his class by hitting 11 fours and two maximums for his 73.

The Windies seemingly have work to do ahead of the Super 12 after a 56-run defeat to Afghanistan, who saw Hazratullah Zazai (56) and Mohammad Shahzad (54) hit half-centuries.

Earlier in the day, a senDavid Wiese conjured up a 66-run knock to fashion Namibia's six-wicket win over the Netherlands, whick kept their Super 12 hopes alive in the tournament.

Wiese's maiden international half-century changed the pace of the game in matter of minutes as runs flew thick and fast after he took charge at the crease and in the process added 93 runs with skipper Gerhard Erasmus (32) for the fourth wicket. 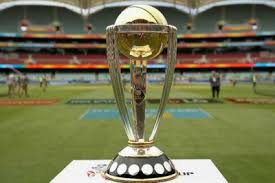 Chasing 165 to stay alive in the competition, debutants Namibia were stuttering at 52 for three after nine overs but Wiese single-handedly sank the Dutch side.

His onslaught on the spinners, especially the monstrous straight sixes, was a treat to watch as the Dutch bowlers were guilty of putting the balls in the slot for Wiese to clobber. And even if the pacers drew the length a bit back, the 36-year-old Wiese had enough power to muscle the ball around for big shots.

He raised his fifty in just 29 balls, with a six off rival skipper Pietar Seelar. His 40-ball unbeaten knock was adorned with five sixes and four shots to the fence.

Erasmus too timed the ball beautifully and got boundaries with ease in his 22-ball knock that had four fours and a six. The victory has kept Namibia in hunt for the Super-12 stage and now need to beat Ireland in their final game in the first round to make it to the tournament proper which begins on Saturday (October 23).