Mohali, Sep 20: Rohit Sharma's captaincy came under heavy criticism from fans as Australia chased down a formidable 209-run target quite comfortably in the opening T20I in Mohali.

India's frailties with the ball, sloppy fielding and captain's selection of bowlers for the match were questioned as Australians reached home.

KL Rahul (55 off 35 balls) and Hardik Pandya (71 not out off 30) helped India post a daunting 208 for six after Australia asked the hosts to bat first. Australia were dominant in the run chase, romping home in 19.2 overs.

Last year's World Cup hero Matthew Wade (45 not out off 21) and Cameron Green (61 off 30) played special knocks to make short work of a stiff target. It was a formidable total but the way Australia started, an early finish was on the cards. 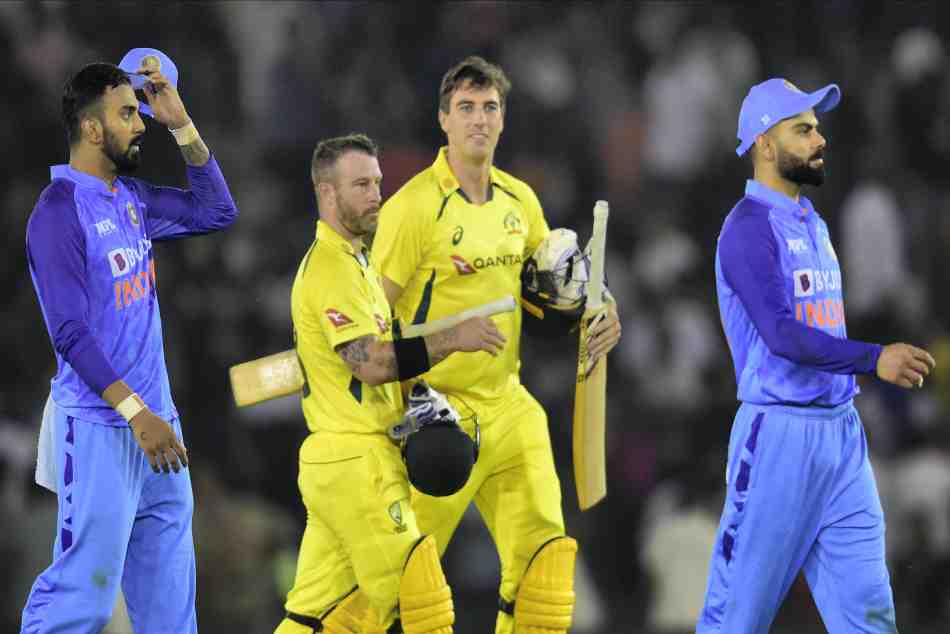 Opening for the first time in international cricket, Green was in a menacing mood as he hammered comeback man Umesh Yadav for four successive boundaries in his first T20 since February 2019. The seasoned Indian pacer felt the heat straightaway and resorted to bowling slower balls in his very first over, which did not work.

There wasn't heavy dew but no swing was on offer for both Umesh and Bhuvneshwar Kumar. The batters were able to hit through the line, making the Indian attack look very ordinary.

The standout bowler for India, Axar Patel, removed opposition skipper Aaron Finch to get a much-needed breakthrough. With five wickets in hand, Australia needed 55 off the last 24 balls. However, Australia debutant Tim David in the company of the experienced Wade went ballistic in the death overs to complete a fine run chase. Two big overs in which Bhuvneshwar leaked 15 and Harshal 22 sealed the home team's fate.

Here's how fans expressed their displeasure at Rohit Sharma's captaincy and started comparing him with his predecessor Virat Kohli:

Captaincy is so overrated in India. It’s the team who wins or loses.

Poor captaincy and worst bowling, leave about T20 trophy we can exit in group stage with this kind of performance.. @BCCI @ImRo45

It's funny how media tried to portray Virat Kohli as "unfit for captaincy" because of his aggressive nature and sledging of opponents but now they are silent on Rohit's on field behaviour .

Team India under Virat Kohli's captaincy defeated Australia in Australia, England in England, SA in SA, NZ in NZ. Only captain to win T20I series in all SENA countries.

Meanwhile under Rohit Sharma Australia is hammering us at home.

but but 5 ipl toffees bro 🤡 pic.twitter.com/rDYfWFzN7o

They wanted Kohli to quit captaincy for not winning ICC Tournaments

Now they're struggling to win a bilateral T20 series.
Karma Hits back 😂😂 pic.twitter.com/1d98vhpvdO

India has never lost a match while defending & CHASING 200+ totals in T20I . Under Virat's captaincy 🐐. pic.twitter.com/q3mbIXhRr8