In a thrilling finish, India clinched a six-wicket victory over Australia to clinch the three-match T20I series 2-1 on Sunday. In front of a packed stadium at the Rajiv Gandhi International Stadium, Rohit Sharma's side played out another thrilling contest against the world champions to maintain their 100% record in bilateral T20Is at home. 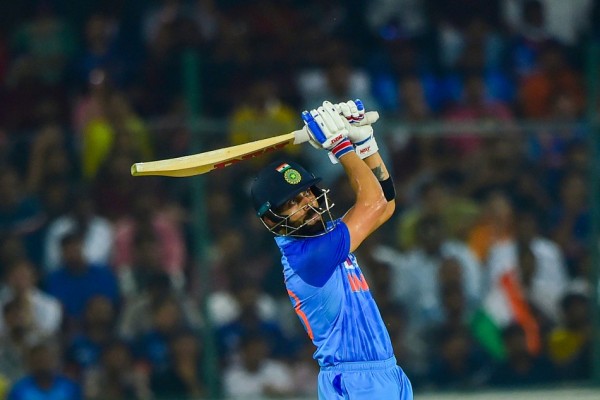 International cricket returned to Hyderabad after almost two years and the fans were not disappointed. After Australia posted a challenging total, India chased it down in a thrilling finish.

After being sent into bat, a see-saw of an innings which saw Australia get off to a flyer, lose a flurry of wickets in the middle before finishing strong - saw the visitors post a challenging 186/7. Opener Cameron Green took control early along with skipper Aaron Finch added 44 off just 21 for the opening stand. Green was the architect as he raced to 37 off just 15 for the first-wicket partnership, while Finch enjoyed the best seat in the stadium.

Though Australia couldn't capitalise on the start as they lost a flurry of wickets in the middle. Tim David struck his maiden T20I century to lift Australia out of the woods at take Australia to a strong total.

Unlike Australia, India got off to a shaky start as opener KL Rahul departed for just 1 as Sams handed Australia a strong start. As Rahul skied it, wicketkeeper Matthew Wade took a stellar catch running behind to hand India the early blow. Skipper Rohit Sharma who got off to a strong start failed to capitalise as Cummins handed the visitors the big wicket of the captain. Within the first four overs, India had lost both openers.

Virat Kohli and Suryakumar Yadav put India back on track as the pair put up a century-stand for the third-wicket. Mid-way through the innings, India needed 96 off the last ten overs, with the required runrate just under ten.

Suryakumar Yadav brought up his half-century in style with a maximum. Sky's seventh T20I came off just 29 deliveries as he along with Kohli kept India's chase on course. While Kohli and Suryakumar put India in the driver's seat, Hardik Pandya finished it off as India wrapped up the series.