Wellington, Jan 31: Team India played second Super Over in gap of two days and came out victorious on both the occasions as they won the fourth Twenty20 International in Wellington on Friday (January 31).

Having set a target of 166 for New Zealand to win, India seamer Shardul Thakur came back strongly in the final over to defend six runs and took the game in the Super Over. 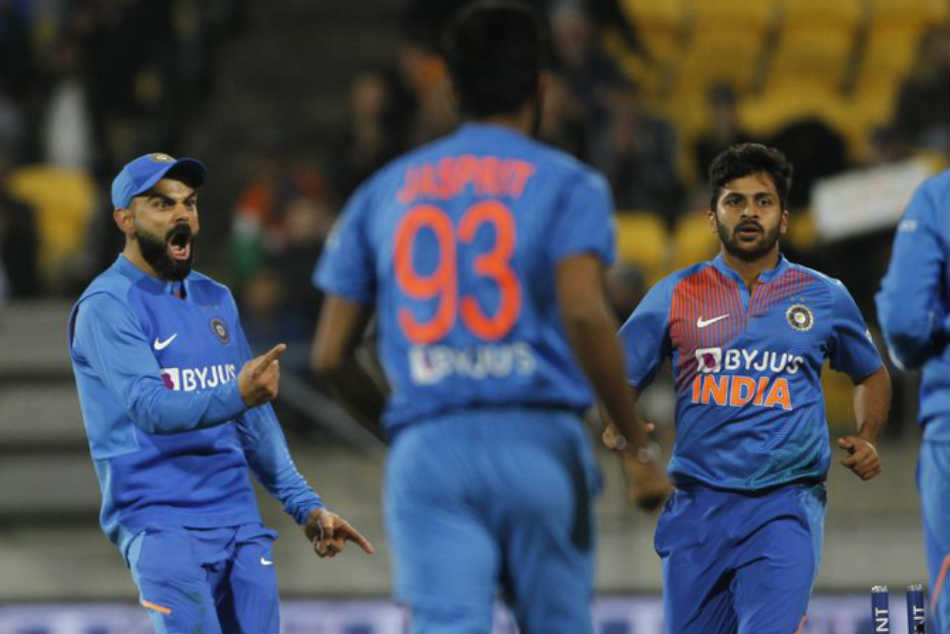 Jasprit Bumrah this time had a brilliant outing with the ball and ensured New Zealand score just 13/1 in the Super Over, setting India a target of 14 runs to win. Virat Kohli and KL Rahul played their roles to perfection as the tourists' secured a win on the fifth delivery of the match.

Tim Seifert (57) and Colin Munro (64) hit brilliant half-centuries for the Black Caps while chasing but both the players were dismissed run out which changed the fate of the game for New Zealand.

The match in Wellington was their seventh in eight Super Over finishes and in most of those defeats, they had only themselves to blame.

New Zealand have lost six Super Over T20I matches out of seven while the sole defeat in ODIs came in the 2019 World Cup final against hosts England when they did not deserve to lose but were denied a maiden crown by a boundary count rule.

While the cricketing fraternity empathised with New Zealand following a heart-breaking result in the World Cup final, the last two T20Is against India have exposed their mental fragility in high-pressure situations.

On Wednesday, the Black Caps needed only two runs off four balls for a win with six wickets in hand during the regulation time. On Friday, they committed suicide after needing 11 runs off 12 balls with seven wickets to spare.

Here's how the cricketing fraternity reacted to BlackCaps' defeat:

4-0. Drama. Heartbreak again for New Zealand. India just too composed at the end. How good was that push for 2 from Virat! Could do that because Rahul had set it up.

Lovely chaps the Kiwis but they are not very good at Super overs ... !!! #NZvIND

Meanwhile in other cricket news outside of Aus! I can’t believe that #NZvsIND again went to a super over with NZ again 💔 losing!! India winning the key moments again

Lest we forget, India’s last two Super-Over victories have also come while chasing only! So batting first is still the nemesis #IndvsNZ #SuperOver

No. Another Super Over!
This is not good for the faint-hearted #NZvIND

Quite Incredible to have a #SuperOver in back to back matches. The Indian seamers were simply outstanding in the last 3 overs to defend 18 . Love this quality of fighting till the end from India. Great win #NZvsInd pic.twitter.com/Eq9lV83xcf

Super Over batting 101: Start it like @klrahul11, go big at the start!

big congratualtions to team India on winning the nerve wracking game again.Shows the strength of the team. Every game there is a new hero.They enjoying every challenge thrown at them. #nzvsind #SuperOver

Who wants to be Tim Southee tonight?? 😐🙈 #NZvInd #SuperOver

I'm beginning to think the boundary count was the less cruel way for NZ to end up losing the World Cup final. #NZvInd