Shreyas Iyer and Ishan Kishan, put on a stellar show with the bat to guide India to a comfortable seven-wicket victory over South Africa in the 2nd ODI at the JSCA International Stadium Complex in Ranchi. 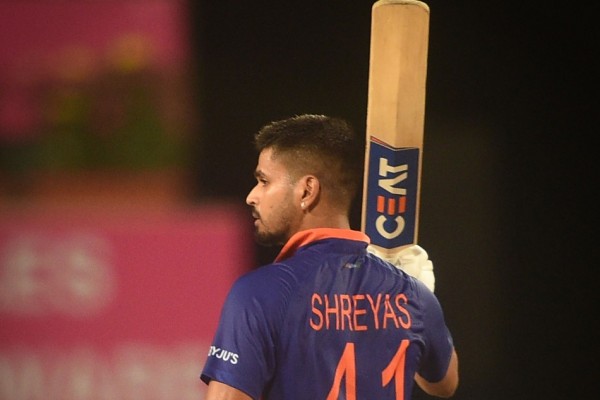 While Kishan missed out on his century by just seven runs, Iyer played a stellar knock as he struck his second ODI century.

The inform Iyer top-scored for the hosts with a stroke-filled knock which was studded with 14 boundaries. Iyer's ton came off 104 deliveries as India levelled the three-match ODI series.

Earlier, after electing to bat the visitors got off to a shaky start as Mohammed Siraj handed India an early wicket, reducing SA to 7/1 in 2.1 overs. Overcoming the early blow, Janneman Malan and Reeza Hendricks rebuild the innings, before a successful review saw debutant Shahbaz Ahmed pick up his maiden ODI wicket as Malan fell for 25.

Hendricks alongwith Aiden Markram put South Africa in control as the pair put up a century-stand for the third-wicket. Hendricks brought up his half-century off 58 deliveries. Runs flowed from both as they scored in tandem, with Markram bringing up his fifty off 64 deliveries. This was Markram's first ODI half-century against India. South Africa looked set for a 300+ score, but Siraj led India's fightback as they restricted SA to Africa to 278/7.

In reply, the Indian openers got the chase off to a strong start. But Parnell put the brakes as he handed South Africa the first wicket, knocking back the middle stumps to remove skipper Shikhar Dhawan for just 13. Gill soon followed his skipper back to the dugout as Rabada picked up an excellent follow-on catch to remove the opener for 28 off 26.

While Iyer (113 n.o) and Kishan put India in control, Sanju Samson and Iyer took India home as the hosts levelled the series.