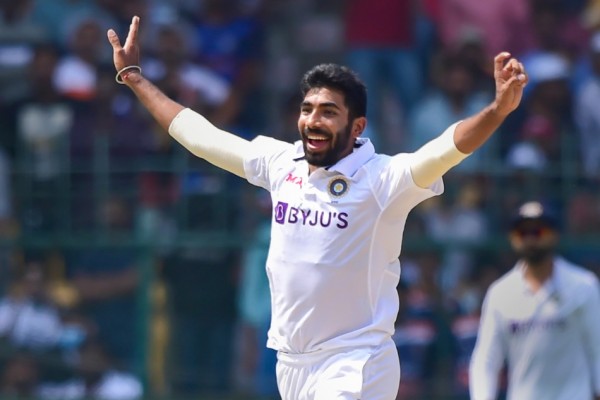 Jasprit Bumrah, Shreyas Iyer, R Ashwin and record-breaker Rishabh Pant put up a stellar show as Team India defeated Sri Lanka by 238 runs in the second Test at M Chinnaswamy Stadium. The Rohit Sharma-led side wrapped up the Day/Night Test within three days to complete a series sweep over Sri Lankans (3-0 T20Is, 2-0 Tests).

Having posted a competitive 252 in the first innings, the hosts rode on an imperious bowling effort from Bumrah - who grabbed his 8th fifer - and bundled the visitors out to 109 in the first innings. Team India posted 303/9 before declaring their second innings, courtesy of superb half-centuries from Pant and Iyer. Iyer scored half-centuries in both innings and showcased his batting exploits.

Having set an improbable 447-run target for the tourists, the Indians restricted their opponents to 208 in their second innings. Sri Lankan captain Dimuth Karunaratne (107) slammed a brilliant century, his 14th overall, under pressure and showed how good a batter he is. However, the captain didn't find any support from his teammates as Sri Lanka suffered another big defeat against the Indians. The Indians pocketed another 12 points in the WTC23 table.

Bumrah (8/47) returned with impressive figures while Ashwin picked up 6 wickets in the game to help India seize control. With this win, Rohit Sharma's dream run as India captain continues.

Team India are yet to lose a match under Rohit's watch since he took over in November 2021.