Chennai, Dec 15: Shimron Hetmyer and Shai Hope scored centuries to help West Indies ease to an eight-wicket victory over India in the first game of the ODI series. 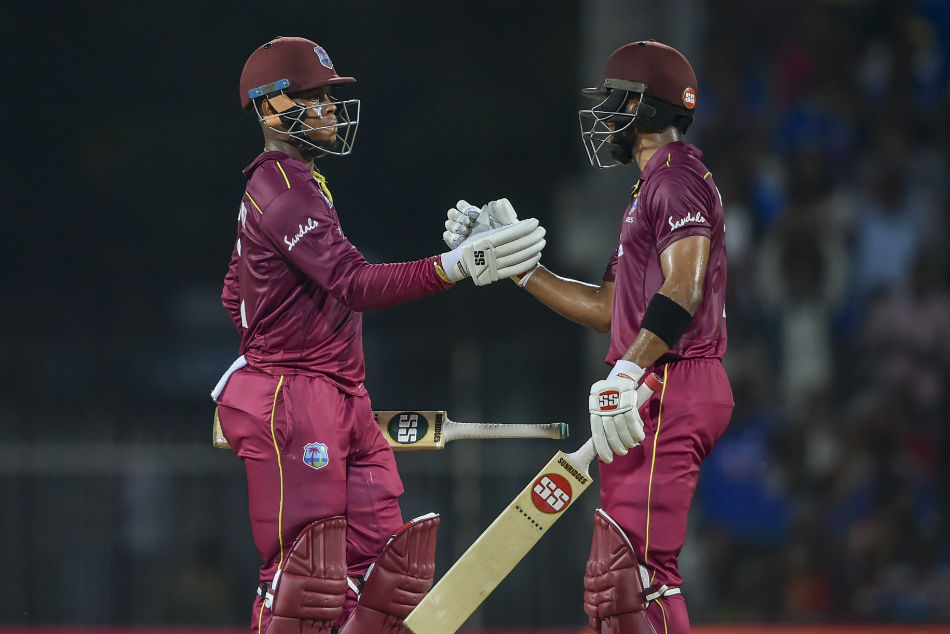 India put West Indies to the sword in the decider of the three-match Twenty20 series, but the hosts will need to produce a turnaround to triumph in the 50-over format after an excellent performance from the tourists.

An early blitz from Sheldon Cottrell helped restrict India to 287-8, a score that proved well within the reach of Kieron Pollard's side as their top order delivered in stunning fashion.

Hetmyer recorded the biggest score of his ODI career with 139, while Hope - who finished unbeaten on 102 - guided them across the line to secure a 1-0 lead with two games to play.

Chennai's MA Chidambaram Stadium witnessed Cottrell's trademark celebratory salute twice in the seventh over, as he drew a leading edge from KL Rahul, who found Hetmyer at short mid on, before then bowling Virat Kohli as the India skipper edged onto his stumps.

Rohit Sharma went for 36 but Shreyas Iyer (70) furthered his case to be India's long-term number four, while Rishabh Pant (71) and Kedar Jadhav (40 off 35) made sure India had a respectable total to defend.

Their hopes of turning that score into a winning one appeared to be boosted when Sunil Ambris was trapped lbw for nine by Deepak Chahar at the start of West Indies' reply.

However, it proved a false dawn for India, who had no answer for the partnership of Hetmyer and Hope, the duo adding 218.

Hetmyer's destructive display saw him hit 11 fours and seven sixes before he holed out to the midwicket boundary off the bowling Mohammed Shami.

Hope picked up where Hetmyer left off, though, and brought up his century with a six and a four off Chahar, with Nicholas Pooran smashing three fours to rush West Indies to a remarkably impressive win.