India began the Rohit Sharma-era on a winning note as the hosts notched up a comfortable six-wicket victory over West Indies in the first ODI of the three-match series at the Narendra Modi Stadium.

After electing to bowl, the Indian spinners spun a web as the Windies line-up crumbled for a below-par 176 in 43.5 overs.

With the bowlers having done their job, skipper Rohit was in sublime form as the India chased down the total with 22 overs to spare.

Rohit, who hasn't had any game time in the past couple of months due to injury, led from the front as he scored his 44th ODI half-century off 42 deliveries. The skipper stitched on a 84-run opening partnership with Ishan Kishan (28 off 36). 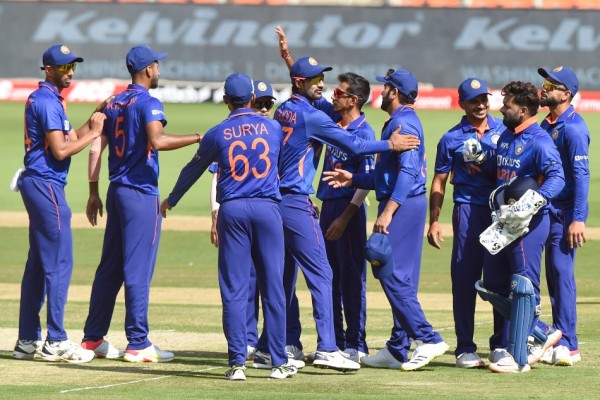 India were cruising at 84 for no loss before Alzarri Joseph handed Windies the breakthrough in the 14th over, removing Rohit (60 off 51). Former skipper Virat Kohli (8 off 4), who whacked back-to-back boundaries, endured an off day as Joseph picked up the second wicket of the over - the captain and the former captain.

Though India's middle-order woes once again troubled the hosts, Suryakumar Yadav (34 off 36) and debutant Deepak Hooda (26 off 32) put up a 62-run partnership to guide India home. 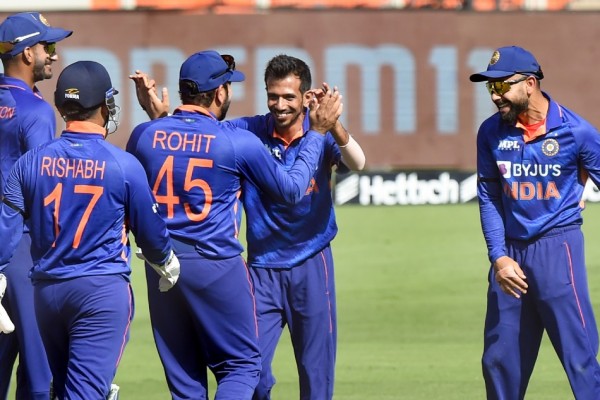 Earlier, Yuzvendra Chahal and Washington Sundar thrived on the Motera track as the duo shared seven wickets between them.

Mohammed Siraj set the tone of the match as he picked up the first wicket, removing opener Shai Hope (8). Prasidh Krishna pocketed the crucial wicket of Holder and Akeal Hosein. Chahal paved the way with a four wicket haul as Sundar pocketed three crucial scalps.

Holder's (57 off 71) half-century was the only bright spot for the visitors.

India will take on West Indies next on February 9th in the 2nd ODI.