Harare, Aug 18: Openers Shikhar Dhawan and Shubman Gill maintained their consistency after seamer Deepak Chahar made an impressive comeback as India outclassed Zimbabwe by 10 wickets in the opening ODI, here on Thursday (August 18). With this performance, Team India secured its record 19th straight win against Zimbabwe, most against an opposition in its history.

Donning the blue jersey for the first time in six months after a long injury lay-off, Chahar hit the straps right away with figures of 3/27, which was instrumental in India restricting Zimbabwe to a sub-par 189 in just 40.3 overs.

With very little scoreboard pressure, it was a walk in the park for the Indians as the in-form opening pair of Shikhar Dhawan (81 not out) and Shubman Gill (82 not out) knocked off the target in just 30.5 overs.

With skipper KL Rahul foregoing his spot at the top of the order to let the in-form pair maintain its momentum, Dhawan and Gill scored their third half-centuries in the last four games. Not to forget that it was also their third century-plus stand from the start of the West Indies series. 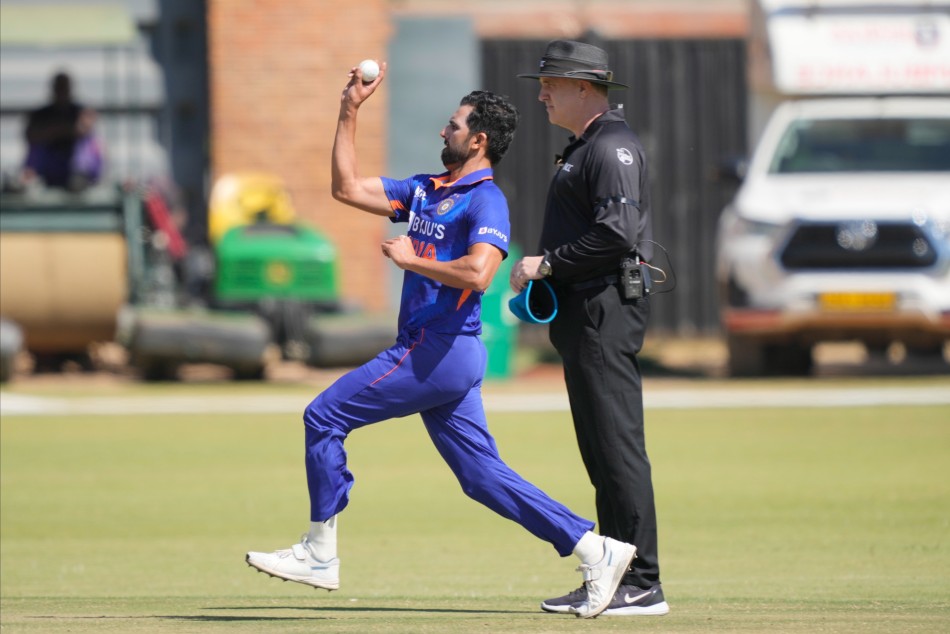 Their lowest opening partnership had yielded 48 runs in the second ODI in the Caribbean. On a track that had something for the bowlers, the Indian openers did start in a sedate fashion but with very little on the board, it did not take them much time to accelerate.

Dhawan played his signature square cuts off seamers and lofted shots off the slow bowlers during his 113-ball knock while Gill played within himself for the first 30 deliveries before starting to change his arms and surpassed his senior partner in terms of strike rate, facing only 72 balls. He played some eye-catching strokes on either side of the wicket, including a huge six over deep mid-wicket off Wesley Madhevere. Between them, they hit 19 boundaries in all.

Prasidh Krishna was the second-best bowler for India in the game as the right-arm quick from Karnataka too picked up a three-for from his 8 overs.Here are the details such as stats, man of the match, captain's comments, and all extras from the post-match presentation.

Player of the match: Deepak Chahar 3/27

Deepak Chahar: The landing was a little hard and when you play an international game after six and half months, obviously you will be a little nervous. Before coming here I played at least 4-5 practice games and the body and mind wasn't working together in the first few overs, but it got better after that. I'm fine and the body is fine as well.

Regis Chakabva, Zimbabwe captain: The Indian bowlers bowled really well, put the pressure on us and we lost our way after the first 4-5 overs. It was good to see Richi (Ngarava) and Brad give us that partnership at the end. We needed to have one or two big partnerships, but it didn't happen today. Our bowlers tried to come hard at them, but obviously, they batted really well and took the game away from us. We will have a chat today, keep our heads up and bounce back strong on Saturday.

KL Rahul, India captain: We do play a lot of cricket and injuries are going to be part of it. Being away from the game is really hard. It is a tough time and we worked together (me, Kuldeep, and Deepak) in Bangalore. There was a bit of swing and seam movement as well, but it was good to see the bowlers stay disciplined and pick up those wickets. For a few of us, it is great to be back in the Indian dressing room. As a team, we have been in good form, good to see that all of us are getting enough game time. Feels good to be out there.

# Most consecutive wins for India vs an opponent

# KL Rahul registers his first victory as captain for India