Mohali, May 4: Shubman Gill's classy unbeaten 65 guided the Kolkata Knight Riders to a crucial seven-wicket win in their top-four bid in the Indian Premier League (IPL) 2019, while simultaneously all but ending Kings XI Punjab's chances.

A stunning finish from Sam Curran – who made an unbeaten 55 off 24 – guided Kings XI to an excellent score of 183-6 at the Punjab Cricket Association Stadium.

But the Knight Riders coasted in reply, Gill carrying his bat in partnerships of 62, 38, 50 and 35 with Chris Lynn and Robin Uthappa, Andre Russell and Dinesh Karthik to see them home with 12 balls remaining. 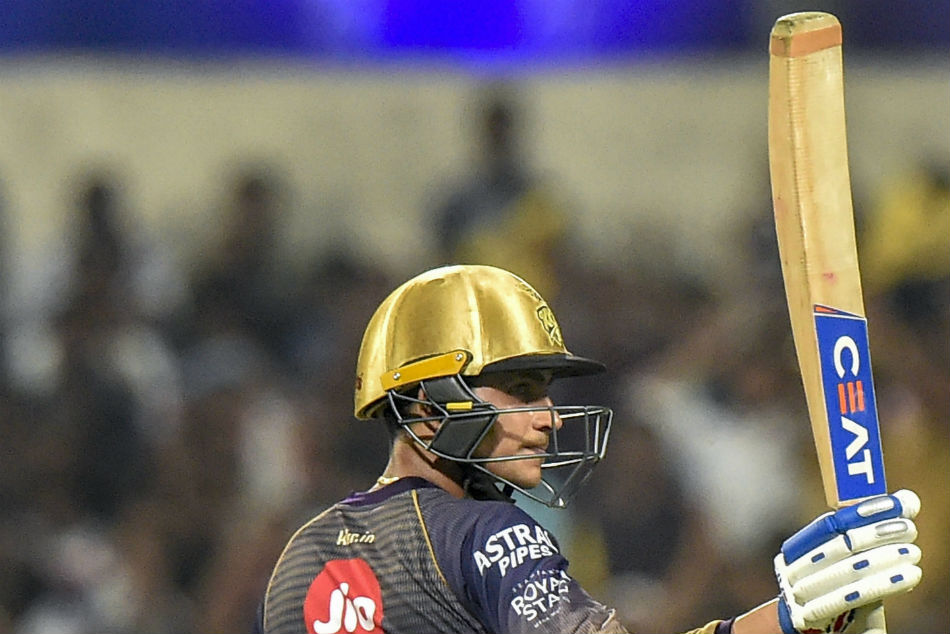 KXIP Vs KKR: As it happened

It means the Knight Riders are fifth and level on points with fourth-place Sunrisers Hyderabad, with all teams having one regular-season fixture remaining, while Kings XI need results to go their way and overturn a vastly inferior net run-rate to the teams above them.

Kings XI rebounded from the early losses of Chris Gayle (14) and KL Rahul (2), with Sandeep Warrier (2-31) accounting for both wickets, as Mayank Agarwal and Nicholas Pooran put on 69 for the third wicket.

A lackadaisical effort in the field saw captain Karthik lose his cool and give his team a public dressing down during a time-out after the 10th over.

It seemingly had the desired effect as Pooran lamely picked out Warrier off Nitish Rana at midwicket and Agarwal was agonisingly run-out.

The sight of Rinku Singh putting down a sitter off Curran at long on when on 17 did little to improve Karthik's mood, though, and the England all-rounder took full advantage with seven fours and two sixes in an electric 24-ball knock.

Chris Lynn found his big-hitting form with a dazzling 22-ball 46, including five fours and three sixes, before knocking one back to Andrew Tye.

Uthappa (22 off 14) and the in-form Russell (24 off 14) also contributed, but it was Gill's poise that really told when needed.

He played through to the end, although it was captain Karthik who sealed the win – smashing Curran over square leg for six before whipping one to the fine boundary for a four and the victory.