Bengaluru, October 12: Delhi Capitals and Kolkata Knight Riders battle for a spot in the final when they meet in the IPL 2021 Qualifier 2 at the Sharjah Cricket Stadium in Sharjah on Wednesday (October 13).

While Rishabh Pant-led DC head into the knockout match on back of two successive defeats, Eoin Morgan's KKR are fresh from an impressive win that extended their winning run to three.

DC followed up their final league stage match loss against Royal Challengers Bangalore with a 4-wicket defeat to Chennai Super Kings in the Qualifier 1 on Sunday (October 10). Despite a loss in the knockout round, DC have a second shot at making the final. 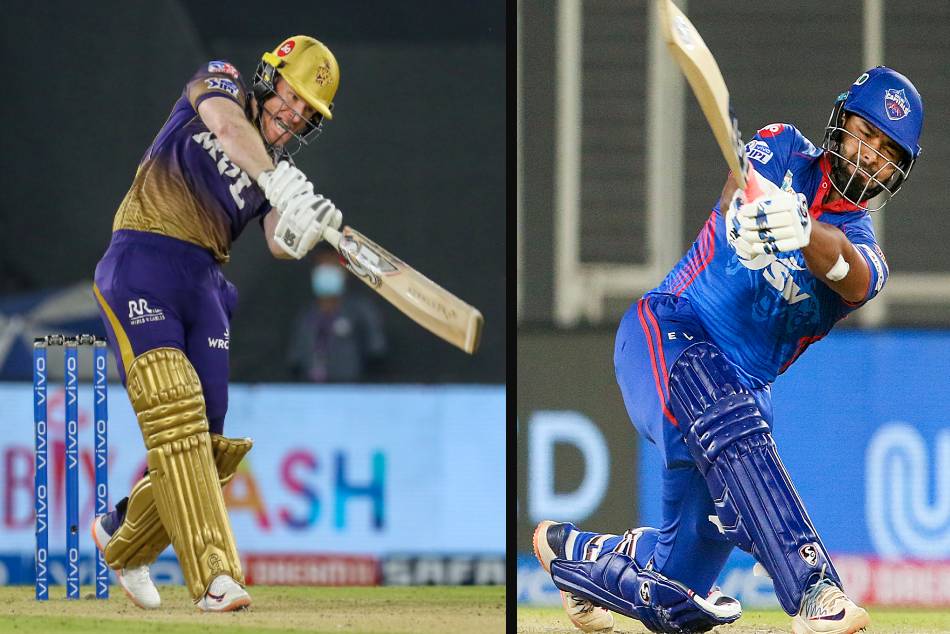 Clinching a play-off berth very late, KKR, on the other hand, continued their impressive league stage ending run with a 4 wicket victory over RCB on Monday (October 11).

Both sides will aim for a win as they look to seal a meeting with CSK in the IPL 2021 final, which is scheduled to take place at the Dubai International Cricket Stadium in Dubai on Friday (October 15).

Now ahead of the Qualifier 2 of IPL 2021, myKhel takes a look at the stats and records preview of DC vs KKR:

In the 28 meetings between the two sides in IPL, KKR hold 15-12 lead over DC with one match ending in No Result. Also, 16 matches have been won by the team chasing with KKR and DC both winning 8 times. In the 11 victories secured when batting first, KKR have won 7 times, while DC have won 4 times.

The two sides have also clashed once in the now defunct Champions League T20 in 2012, when DC, then known as Delhi Daredevils secured a win over KKR by 52 runs.

In the last six meetings between the two franchises in IPL, DC have won four matches including a super over win in the 2019 season. And when it comes to results for teams chasing or batting first, it's level at 3-3.

In the fixtures in UAE during the 2020 season, DC won the first clash at the Sharjah Cricket Stadium in Sharjah by 18 runs, while KKR redeemed themselves in the reverse fixture with a 59-run win at the Sheikh Zayed Stadium in Abu Dhabi. In the 2014 season, DC (then known as Delhi Daredevils) registered a 4-wicket win at the Dubai Sports City Stadium in Dubai.

In the 2021 season league stage, DC defeated KKR by 7 wickets at the Narendra Modi Stadium in Ahmedabad, but Morgan's side avenged that loss with a 3-wicket win in the reverse fixture at the Sharjah Cricket Stadium, where the two sides will clash again on Wednesday (October 13).

In Sharjah, the two sides have clashed against each other twice and both sides have registered a win each. While DC won in 2020 when batting first, KKR won the most recent clash in 2021 when chasing. The wickets on Sharjah have been tough to score freely with the highest total being 171 scored by KKR. The average total at the venue is around 130-140.

In the 9 matches at the venue so far this season, 6 matches have been won by the team chasing including KKR's most recent win against RCB in the Eliminator and the league stage meeting with DC. KKR have won three in three with one win coming when batting first. DC, meanwhile, have won 1 of 2 and the victory came via a chase.

Shreyas Iyer is currently the active player on top when it comes to runs scored in the meetings between the two franchises with 427 runs. The next three in the list are Prithvi Shaw (323 runs), Andre Russell (276 runs) and Nitish Rana (269 runs).

As far as the best bowlers in the head-to-head contests are concerned, Sunil Narine (22 wickets), Russell (13 wickets), Amit Mishra (12 wickets) and Kagiso Rabada (9 wickets) are among the top performers.

▶ Delhi Capitals all-rounder Axar Patel is 5 wickets away from 100 IPL wickets and 51 runs away from completing 1000 runs in IPL.

▶ Delhi Capitals pacer Kagiso Rabada is set to make his 50th appearance for the Delhi-based franchise.

▶ Delhi Capitals batsman Shreyas Iyer (2345) is 38 runs away from surpassing Virender Sehwag (2382) to become the second highest run-scorer for the Delhi-based franchise behind skipper Rishabh Pant (2492), who is 8 runs away from becoming the first player to score 2500 runs for the franchise.

▶ Delhi Capitals opener Prithvi Shaw, who is the second highest run-getter for the franchise with 461 runs from 14 matches, has the best strike rate (159.51) for any batsman this season (min. 300 runs overall).

▶ Kolkata Knight Riders all-rounder Sunil Narine, who has made the most number of appearances for the franchise (161), is 47 runs away from completing 1000 runs in IPL.

▶ Kolkata Knight Riders skipper Eoin Morgan is 9 runs away from completing 1000 runs for the Kolkata-based franchise in IPL.

▶ Kolkata Knight Riders' Dinesh Karthik is one boundary away from 400 fours in IPL. The wicketkeeper-batsman is also 8 maximums away from 200 sixes in T20 cricket (overall).

▶ Kolkata Knight Riders all-rounder Shakib Al Hasan if selected is 2 scalps away from taking his 50th wicket for the Kolkata-based franchise.