Kolkata, May 25: Royal Challengers Bangalore entered the Qualifier 2 of the IPL 2022 beating Lucknow Super Giants by 14 runs n the Eliminator at the Eden Gardens on Wednesday (May 25).&nbsp;

The RCB will face Rajasthan Royals in the Qualifier 2 at Ahmedabad.&nbsp;

Earlier, Patidar made mockery of LSG bowling with a masterly T20 innings that guided the RCB to a 200+ total.&nbsp;

They had a horror beginning to the innings as the Bangalore side lost skipper Faf du Plessis in the first ball he faced from Mohsin Khan.&nbsp; 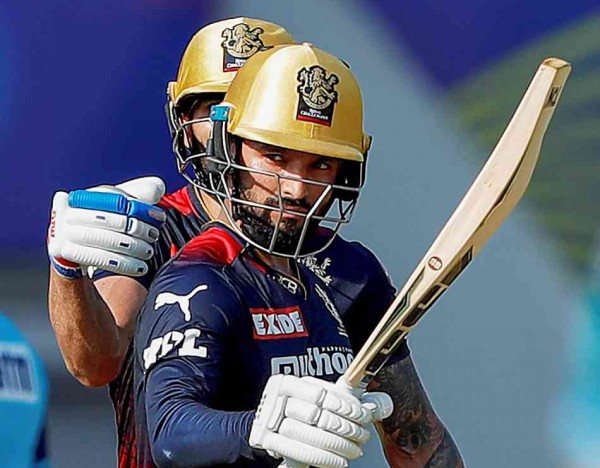 The South Africa snicked the Lucknow left-arm pacer to Quinton de Kock to behind the wicket and the burden on his only grew in manifold as Virat Kohli, at the other end, struggled to get going as timing deserted him.&nbsp;

But Patidar more than made up for it with a perfect T20 innings that started as a slow burner before attaining the kind of tempo the RCB innings needed.&nbsp;

Patidar soon brought up his maiden T20 hundered, first in IPL too, and Dinesh Karthik also joined the party from the othe end.&nbsp;

With both the batsmen firing from all cylindars, 90 runs came cascading in the last 7 overs.&nbsp;

It was good enough for them to reach a healthy total.&nbsp;&nbsp;