MS Dhoni will be in Kashmir to protect civilians, he doesn't need any security: Army chief Bipin Rawat

New Delhi, July 27: Former India cricket team captain Mahendra Singh Dhoni will be joining the 106 Territorial Army Battalion (Para) in Jammu and Kashmir to perform the patrolling duties with the troops in the valley.

Dhoni, an honorary lieutenant colonel in the Territorial Army Battalion (Para), made himself unavailable for Team India's upcoming tour of West Indies and urged the Army Chief to permit him to serve with his regiment. 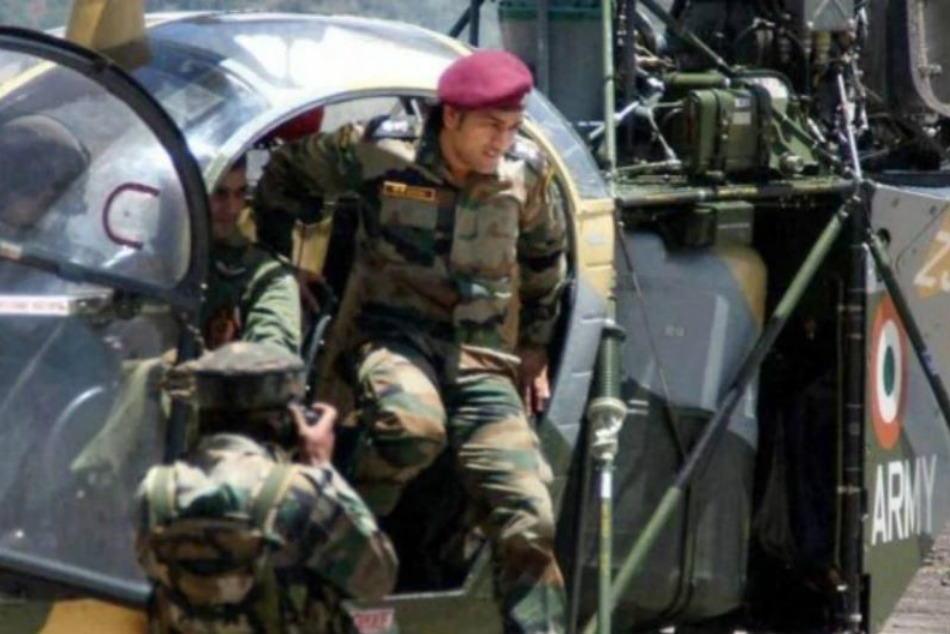 Days after the Army Chief General Bipin Rawat allowed the 38-year-old cricketer to train with the Territorial Army battalion of the parachute regiment, the world cup-winning captain was also assigned his first posting.

Concerns were raised about the security of the former India captain - who is still a part of the Indian national cricket team. However, the Army Chief General Bipin Rawat has cleared that the legendary cricketer will not be getting any security and live as a normal soldier.

'Dhoni has been trained for the task'

When General Rawat was asked if the cricketer would be given any security in the valley, the Army Chief stressed he doesn't think Dhoni will need any protection there, instead he will be protecting the civilians.

The Army Chief, was quoted by NDTV as saying, "When a citizen of India wants to don the military uniform then he has to also be prepared to fulfill the task for which the uniform has been assigned to him. MS Dhoni has carried out his basic training and we know that he will be able to accomplish the task."

'Dhoni will protect the citizens and garrison'

"In fact, he will be protecting a lot of other people because he will now be performing with the 106 Territorial Army battalion (Para). It is a very good battalion and they have been performing line of communication duties, static protection and he will be a part of it," he said.

"I don't think we will need to protect him, he will protect the citizens and garrison entrusted to his task," the Army Chief said.

Dhoni will be taking on responsibilities of patrolling, guard and post duty and live like any other soldier in the troop.

Talking to ABP news, Gambhir, who is a newly-elected Member of Parliament in Delhi, said, "I had always said this, we shouldn't be wearing the uniform of defence personnel, we should do something for them, then we should wear it."

"Today, MS Dhoni has shown the entire country how serious he's for the uniform. I'm sure the step he has taken to go to Kashmir and serve the Army, do patrolling, it is a historic step which will motivate the youth and he can become a huge role model," said the former Delhi cricketer.

"I always used to criticise that MS Dhoni should do something for defence forces, then he should have been given the uniform of the Territorial Army, I think he has now kept in front of the country, how serious he is about it and how he wants to serve his army and what is his thinking, so hat's off to him," the former Indian opener added.

Dhoni is a qualified Paratrooper

The 38-year-old holds the honorary rank of Lieutenant Colonel in the Territorial Army unit of the Parachute Regiment (106 Para TA battalion). In 2015, he became a qualified paratrooper after having completed five parachute training jumps from Indian Army aircrafts in the Agra training camp.