Virat Kohli: Our fast bowlers are on top of their game, Jasprit Bumrah's return will make pace attack more lethal

A dominant Indian pace attack demolished Bangladesh batting line-up to claim a win by 130 runs and an innings on the third day of Indore Test.

Talking about his team's clinical show, Kohli said during the post-match presentation, "I don't really know what to say. Clinical performances all around. The team is playing really well." 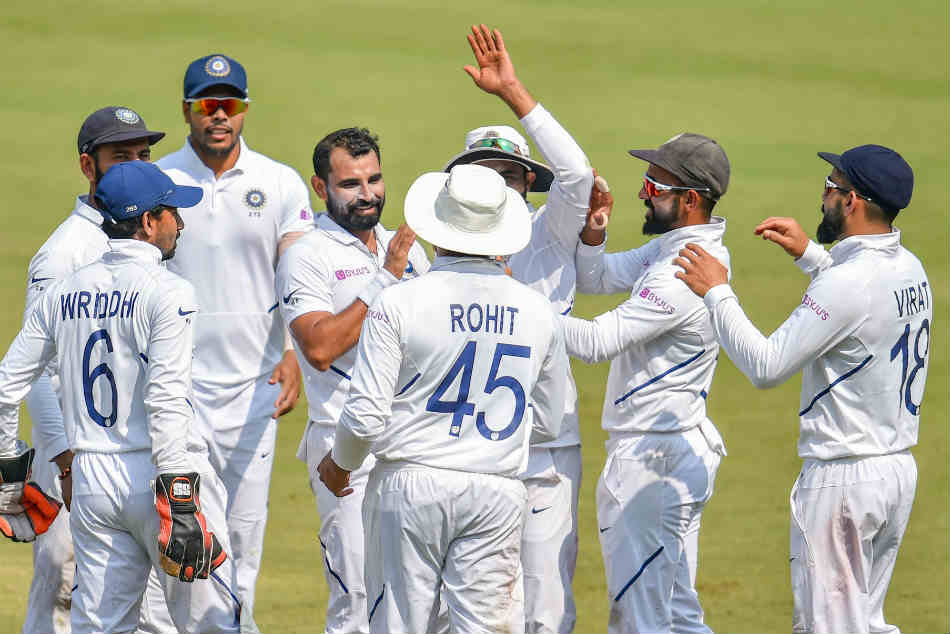 Together India's pacers accounted for 14 wickets while spinners could only claim five wickets in this game. The seamers looked more dangerous on the Indore track and while Bangladesh pacers found it hard to dismiss Indian batsmen, the host pacers picked up wickets at regular intervals.

Traditionally India's spinners have dominated their attack and they were at their peak in 2015. But the emergence of the seamers as the spearhead has been a gradual change in the last four years and since 2018, India's quicker bowlers average lesser than the spinners.

Talking about his Team India's consistently good performance, Kohli said, "I can't say something which people are not seeing on TV. (Our) Fast bowlers are at the top of their game. It looks like a different pitch when they bowl. Right now, Jasprit (Bumrah) is not a part of the attack. So, when he comes back it will be one heck of an attack to counter. It's a dream bowling combination for any skipper."

India's seam bowlers induced 27.9% false shots in this match. Since 2006 in Tests, only on two other occasions have induced false shots more often in a match.

Seven out of the top 10 instances here have come since 2018. This ruthless attack is getting better & better. #INDvBAN pic.twitter.com/BvC3G9Vzpa

Kohli further added that the slip fielders can't afford to be complacent and they have to be always alert because the pacers bowling with such discipline and a catch could be in the offing any time.

"Even the slip fielders are ready as they know the ball can come over any time, having strong bowlers is the most important thing. The numbers and the records are there for everyone to see."

Traditionally India's spinners have dominated the attack, with the slower bowlers at their peak in 2015. The emergence of the seamers as the spearhead has been a gradual change in the last four years, with the quicks averaging lesser than the spinners in 2018 & 2019. #INDvBAN pic.twitter.com/YJzBNTjiMH

Kohli claimed that this team consistently wishes to excel and take Indian Cricket to the next level.

When asked about Mayank Agarwal's match-winning 243, the 31-year-old cricketer said, "I know the importance of getting big scores, I took a lot of time so I wanted him to score big. So as a senior batsman I wanted to make sure that he stayed focused. I don't want the guys to make the same mistakes that I made."

On being asked about his gesture to @mayankcricket to go for his double ton, here's what @imVkohli had to say👌 pic.twitter.com/b6hGIYRrXV

The teams will now head Kolkata for the second Test where they will play their first-ever Day-Night Test match.

Talking about the highly-anticipated pink-ball Test under the lights, Kohli said, "The pink ball does a lot early on, more than the red ball. The pink ball Test is going to be exciting. It's going be a landmark event for Indian Cricket and Indian Test cricket.

The Indian captain also thanked the crowd in Indore as fans turned out in good numbers on all three days.

"The crowd over the last three days have been brilliant. It gives the players extra motivation to go out and put that extra effort," he added further.