Needing victory on Wednesday (June 26) to maintain any realistic hopes of qualifying for the semi-finals, Sarfraz's side delivered the goods to spark scenes of jubilation within an Edgbaston crowd made up almost entirely of Pakistan supporters.

After Shaheen Afridi (3-28) had played a key role in limiting the Black Caps to 237-6 on a tricky surface, the 1992 world champions were wobbling on 110-3 but eventually won comfortably thanks to Babar's sublime 101 not out and 68 from Sohail. 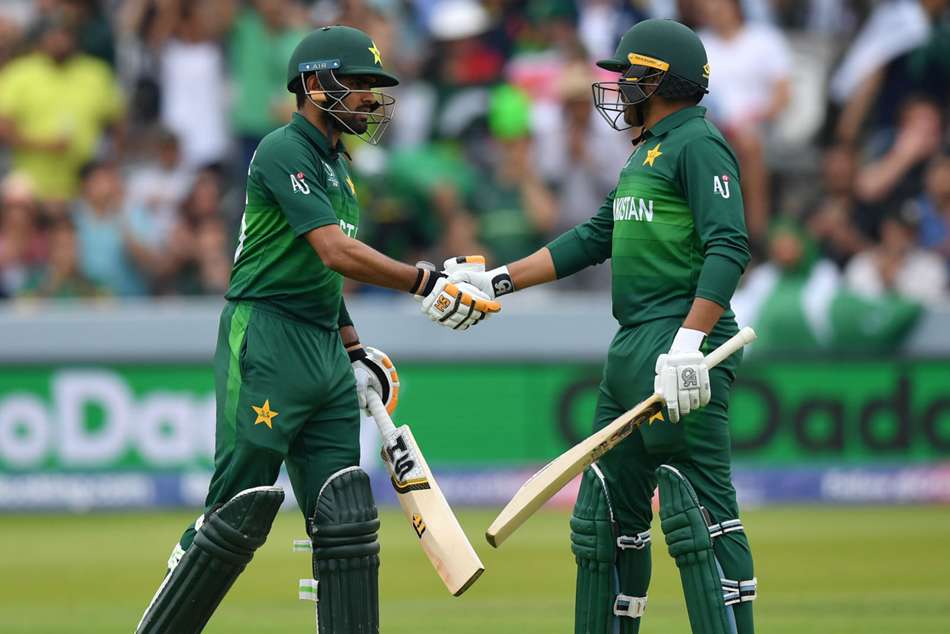 "Whenever a Pakistan team plays the way we do today it is down to a great team effort," said Sarfraz in the post-match presentation. "All the bowlers bowled really well and Babar and Haris was some of the finest batting I've ever seen.

"Two-forty is not an easy target. Credit goes to Babar, the way he batted today, for me I think he played one of the best innings I've ever seen. Credit goes to Haris too for the way he handled the pressure. It is not easy. He played really well."

Remarkably, Pakistan have now enjoyed precisely the same sequence of results they registered at the World Cup 27 years ago, when they recovered from a dismal start to claim a memorable triumph under inspirational skipper Imran Khan.

They now sit just one point behind fourth-placed England, with games against winless Afghanistan and Bangladesh, who sit fifth, to come.

"We're not thinking about the '92 World Cup," said Sarfraz. "We're going match by match. As a team we are very confident."

A wonderfully mature innings that's taken his side to the cusp of victory.#NZvPAK pic.twitter.com/EIamI5ywbq

All-rounders Jimmy Neesham (97 not out) and Colin de Grandhomme (64) kept New Zealand in the game after they had slumped to 46-4 and 83-5, but skipper Kane Williamson acknowledged his side deserved their first loss of the tournament.

"On a tough surface we were outplayed by a very strong Pakistan side," he said.

The Black Caps' decision to leave out Ish Sodhi, their second frontline spinner, looked to be a serious misjudgement given the turn on offer at Edgbaston.

Williamson's own part-time off-spin was utilised for eight overs, the captain having not bowled in New Zealand's previous 12 ODIs, while Mitchell Santner posed plenty of problems despite finishing without a wicket.

"Especially when the wicket became a lot slower, it was still turning square," Williamson added. "We were trying to get anyone in there that would turn the ball."