Pollard's blitzkrieg in vain as Kiwis edge Windies in thriller

By Sajith B Warrier
Updated: Friday, November 27, 2020, 18:46 [IST]
oi-Sajith B Warrier
Kieron Pollard smashed 75 from 37 balls in an innings that included eight sixes and four fours.

This was the first international match in New Zealand since the Christchurch Test against India that ended on March 2 as sports events all over the world were put on hold following the outbreak of the novel coronavirus (COVID-19) pandemic.

After losing the toss and being put into bat, the West Indies finished on 180 for seven in an innings that was reduced to 16 overs due to persistent showers.

The tourists made a flying start before speedster Lockie Ferguson sparked a dramatic collapse, with the speedster finishing on career-best figures of five for 21.

Pollard responded with his own best performance in T20 internationals, a sparkling 75 from 37 balls that included eight sixes and four fours to set a competitive target of 181.

Before play commenced, both sides took a knee in a gesture against racism, with the West Indies players each raising a black-gloved fist.

The tourists were 58 without loss before Ferguson broke through and clean bowled Fletcher on 34.

The tourists then lost five wickets for a single run over the course of 11 balls, with Ferguson claiming three scalps and Tim Southee two.

In reply, New Zealand's top order let them down but Neesham forged important partnerships with debutant Devon Conway and Mitchell Santner to seal victory with four balls to spare.

This was the first international match in New Zealand since the Christchurch test against India that ended on Mar 2.

"It was a very strange game but nice to come out the right side," said home captain Southee, leading the side in absence of Kane Williamson.

The teams now move to Mount Maunganui for the last two Twenty20 matches, to be played on Sunday and Monday, before a two-Test series between them.

International cricket resumed in Australia also with the Kangaroos beating India in the first of three-match series at Sydney Cricket Ground by 66 runs. 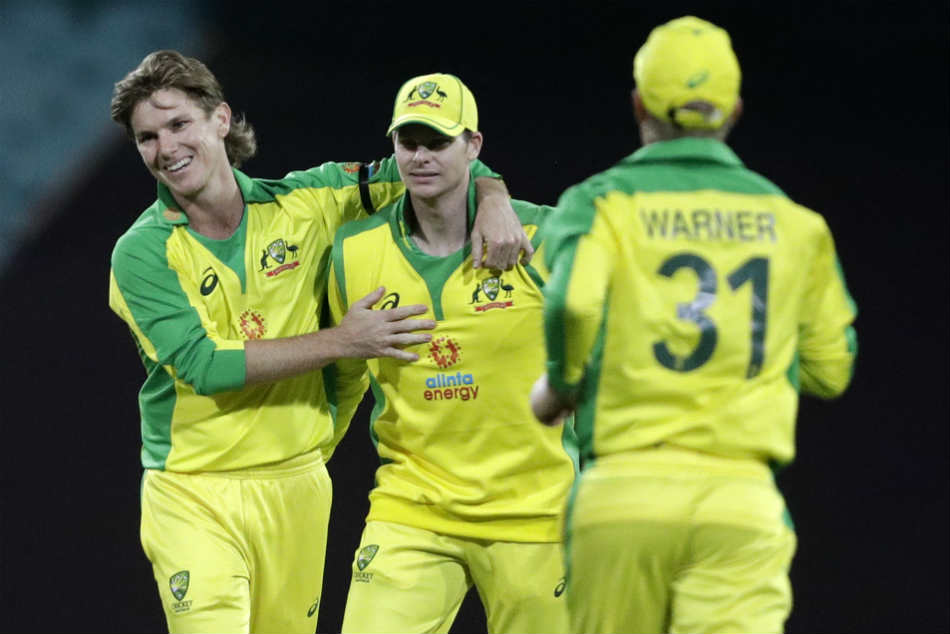 The two teams meet again in Sydney on Sunday (November 29) for the second ODI before the series decider in Canberra on Wednesday (December 2).