Rajasthan Royals set the disappoints of the Qualifier 1 behind as they hammered Royal Challengers Bangalore by 7 wickets and set up the summit clash with Gujarat Titans in IPL 2022.

Jos Buttler slammed a record-equalling fourth century in the IPL 2022 and remained unbeaten on 106 off 60 deliveries as the Sanju Samson led side cruised home to a memorable win. 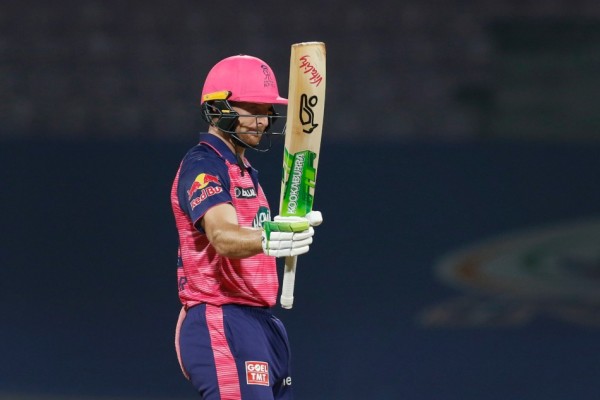 Chasing a below-par 158, RR overhauled the total in 18.1 overs. With this win, RR entered only their second IPL final after 2008, when they ended up lifting the trophy.

Defending a low total, RCB bowlers were under pressure from the very start and could hardly pose any challenge to Buttler - who was in his elements from the start.

Put in to bat first, Royal Challengers Bangalore posted a below-par 156/7 in the big contest as their middle-order was no match to a quality Rajasthan Royals bowling lineup.

Rajat Patidar was the lone bright spot for RCB in the must-win game as the centurion from the previous game notched up a fine half-century but he didn't find any support from the other end. Patidar - who was given a reprieve on 13 - scored 58 off 43 but that wasn't enough as RCB's top-order faltered.

Rajasthan Royals' seamers Prasidh Krishna and Obed McCoy bowled exceedingly well as they picked up three wickets to restrict RCB to a low total. Prasidh returned with 3/22 and played a vital role in his team's win.

With this defeat, RCB's hopes to win their maiden IPL title were dashed.