Mumbai, February 28: Sachin Tendulkar and Virender Sehwag are still considered as one of the most destructive opening combinations in the limited-overs format. The duo together paired up in 93 innings as an opening pair, and scored close to 4000 runs together, 12-century stand and 18 fifty-plus partnerships in ODIS.

The duo first opened together in ODIs in 2002 during a home series against England at Chennai and started a glorious chapter Indian cricket. The batting legends have got back together, and this time they are heaping praise on young Shefali Verma.

The 16-year-old Indian women's cricket team opener has won her second Player of the Match award in three games at the ongoing women's T20 World Cup. Her 34-ball 46 against New Zealand took India to their third win in three games - and the semi-final. 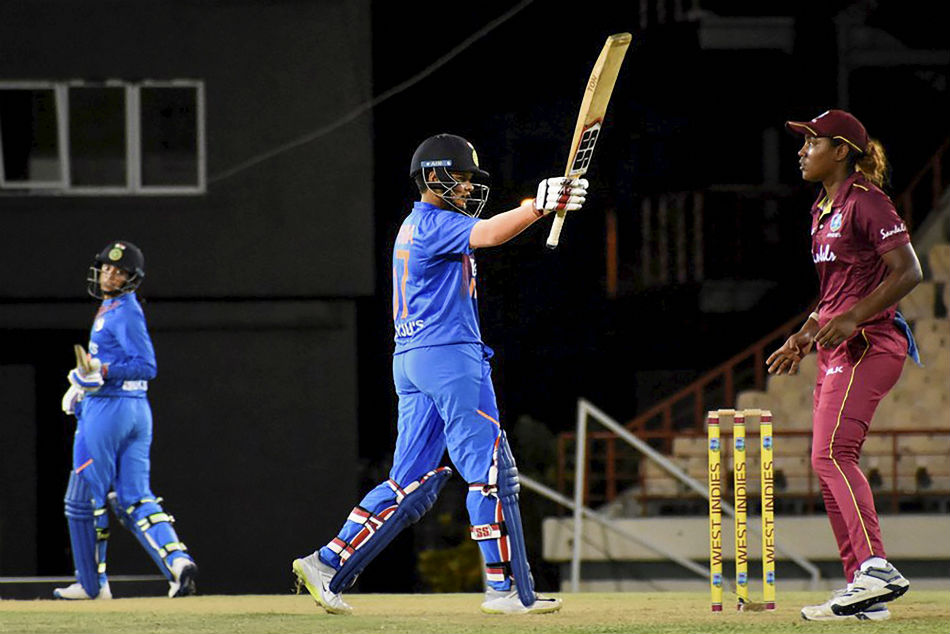 Shafali Verma: Know everything about this 16-year-old explosive opening batter with highest strike-rate in tournament

The "BalleWalli' Shafali has had the most sixes (8) to her name so far as well and ranks third in the tournament in most runs scored with only Australia's Alyssa Healy and England's Heather Knight scoring more runs. She also currently has the best strike rate in the tournament at a mammoth 172.72 drawing praise from the world of Cricket who is watching her closely.

Former India captain Diana Edulji says, "Shafali is a player who will draw a crowd to watch the women's game. It's not good to compare but she reminds me of Virender Sehwag. The attacking approach brings freshness to women's cricket."

Ahead of Team India's clash against Sri Lanka on Sunday (February 29), the legendary Indian cricketers Tendulkar and Sehwag took to their Twitter handles and wished the team's advancement to the semi-finals, and Shafali Verma graciously responded to the legends.

Sachin Tendulkar's tweet read, "Fantastic performance by our Flag of India team to become the first team to enter the semi-final of #T20WorldCup. It was a tight game and we played well under pressure. Was great to see @TheShafaliVerma play yet another crucial knock. #INDWvNZW"

Shafali, who met with her cricketing idol in Australia before the start of the World Cup, responded, "Thank you sir for your kind words and support! I'll keep giving my best for the team sir Flag of India...@sachin_rt."

Thank you sir for your kind words and support! I'll keep giving my best for the team sir 🇮🇳🙂 @sachin_rt https://t.co/eFjs352l27

The Nawab of Najafgarh also lauded Indian women after their impressive win over Blackcaps and tweeted, "Wah bhai Wah! Great effort by the girls to hold on to their nerves and beat New Zealand and qualify for the semi finals of the #T20WorldCup. Shafali Verma is a rockstar. Anand aa raha hai ladkiyon ka performance dekhne mein."

To Sehwag, Shafali responded, "Appreciate your kind words sir. Your support means a lot to us. Thank you @virendersehwag."

Appreciate your kind words sir. Your support means a lot to us. Thank you @virendersehwag sir 🙂🇮🇳 https://t.co/OTNWAJJ7lL