Hyderabad, December 7: Virat Kohli made a sublime unbeaten 94 that carried India to a six-wicket win over West Indies in the first T20I on Friday (December 6). But the innings saw Kohli struggling unusually in the first phase of the innings where the timing seemed to have deserted him.

And Kohli did not shy away from the fact. "All the young batsmen watching, don't follow the first half of my innings. That was really bad and I was trying to hit too hard," Kohli said at the post-match presentation. 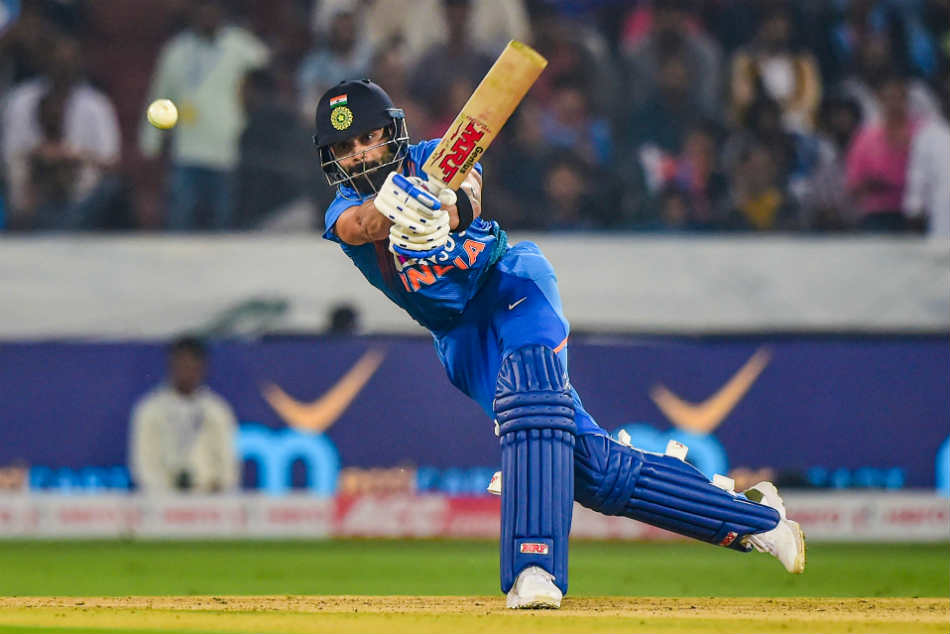 "It was just about keeping upto the game because I didn't want to put KL (Rahul) under pressure, so tried to strike at 140 at least, but I couldn't get going properly. But I started to get going after that over from Jason.

"I analysed what went wrong and played accordingly in the second half of my innings. I was trying to hold shape and realised I am not a slogger, so tried to rely on my timing.

"Whenever I play T20 cricket I am not someone who comes to the ground to hit the ball in the air to entertain the crowd. I focus on doing the job," said Kohli.

The Indian skipper said how he would like to play a long innings irrespective of the format without changing his batting style.

About his celebration after hitting Kesrick Williams for a six, Kohli said, "It's not from the CPL, it happened to me in Jamaica when he got me out. So, I thought I'll tick a few in the notebook as well, but all good."

"There were a few words, but smiles at the end. That's what you want to see. Good competitive cricket but in the end shake hands. That's what cricket is all about. Play it hard but have respect for opponents.