The central defender, who won back-to-back ISL title at ATK (2016) and Chennaiyin (2017-18) was all praise for his former teammate Thapa while speaking duirng a Live Instagram chat with Chennaiyin fan group Super Machans.

Thapa was also a part of the triumphant Chennaiyin outfit.

"We had many good young players like Anirudh Thapa. He can play in Europe. He is a very good number 10 and has very nice skills. We also had Jeje (Lalpekhlua) who is a great striker," Sereno said.

The 22-year-old Thapa has impressed with his game while turning out for both his club and the national team.

The Portuguese added, "We had so many players. Even the players who didn't play a lot like Keenan (Almeida), (Fulganco) Cardozo, they had amazing skills but they didn't get many chances but they were good in the training. That was the key to success." 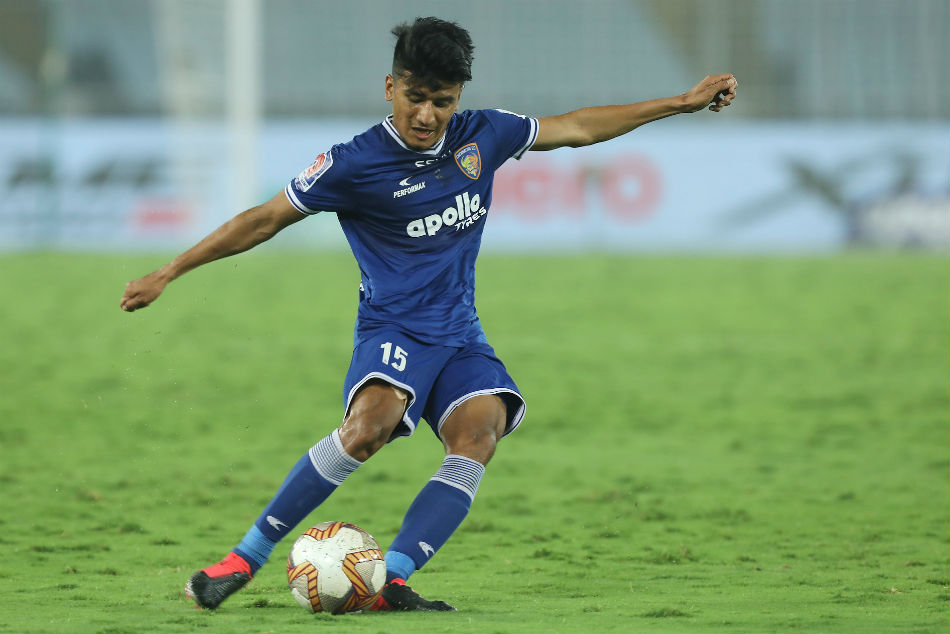 "Usually, Indian players are not too big. Dhanpal used to win every single ball in the midfield. He used to communicate well with the defenders."

But the top player overall in that Chennaiyin team was Brazilian midfielder Raphael Augusto, he said.