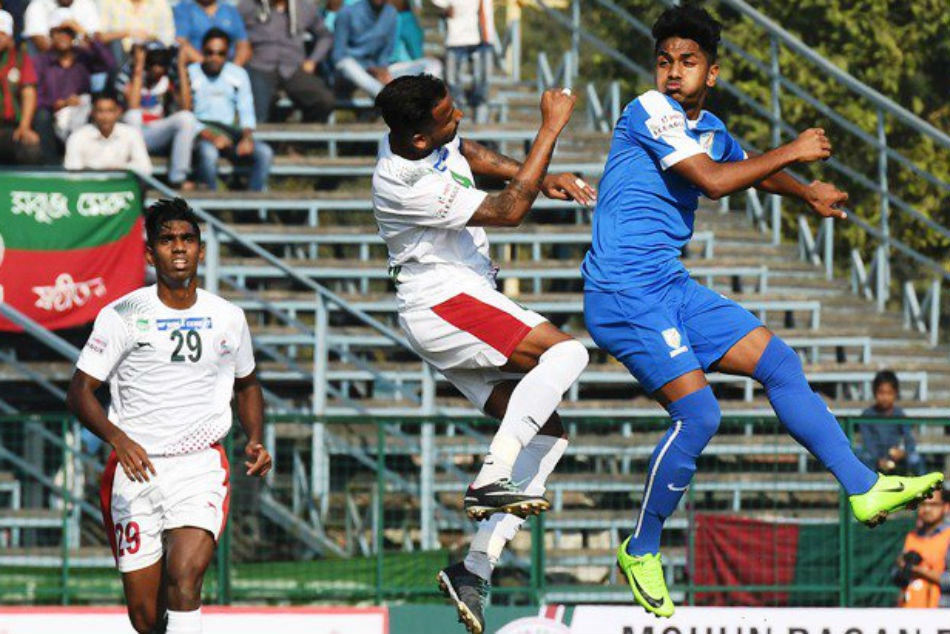 Arrows hold Mariners for a draw

Only a couple of footballers in the team have been a part of the under-19 national squad.

Indian Arrows has so far gathered seven points in their six matches in the league. After having trounced Lajong FC in their last concluding League match, the boys seemed charged up before taking on heavyweight Mohun Bagan.

But according to the chief coach of the team, Luis Norton Matos one of the key reasons behind the boys’ enthusiasm on and off the field is not only getting three points against Lajong FC.

Rather they always get passionate and enjoy the game due to their lifestyles. One of the important things in their lifestyle is designing of their hair!

One can easily find out Neymar, Cristiano Ronaldo, Paul Pogba and Mario Balotelli in Indian Arrows team as the under-17 World Cuppers are following the world football’s leading stars ardently, at least their haircuts say so.

Jitendra Singh, before going to start training at Mohun Bagan ground on Thursday said, “This has been our latest fun. I have tried to follow Neymar Junior’s old hairstyle. I liked it.”

Abhijit Sarkar, the striker who was a regular member of the Indian team in the under-17 World Cup, added, “We spend a lot of time by designing and redesigning our hair whenever we are free. It is due to this we can keep ourselves relaxed while discussing top footballers and their hairstyles. Sometimes we cut our hair on our own.”

Mohun Bagan Club became the first club in Kolkata by organizing their I League home match at own ground. Team’s coach Sanjoy Sen had said, “We must have to win the match to make this special incident memorable. But Indian Arrows are a strong side. Especially, after Naorem’s brilliant goal in their last match against Lajong FC, they must be really pumped up.”