Guwahati, Sept. 5: Indian captain Sunil Chhetri found it difficult to accept while coach Igor Stimac called it a "shame" after they lost to Oman despite taking lead in their 2022 FIFA World Cup Qualifications opening fixture, here on Thursday. 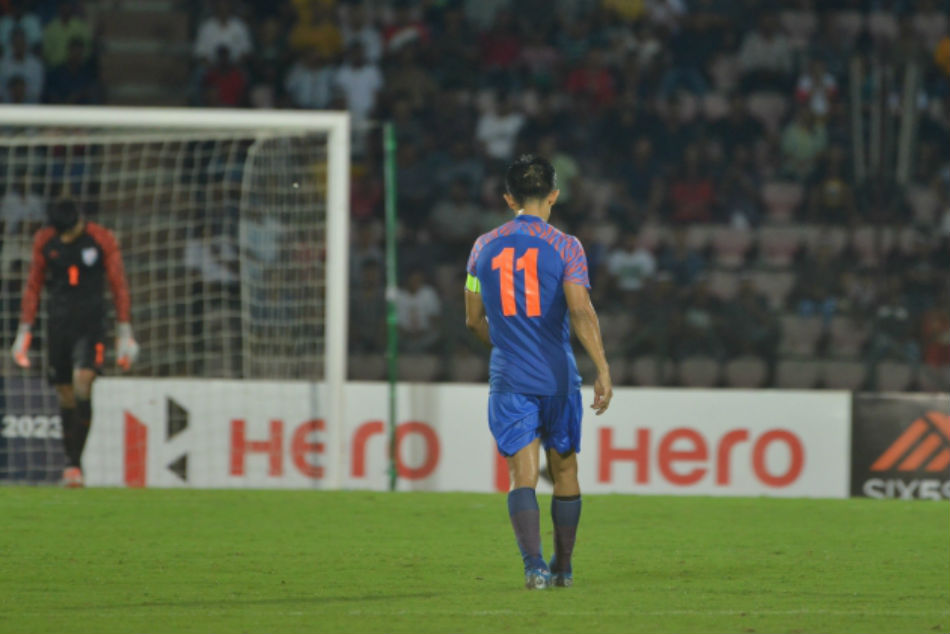 Chhetri's splendid first-half strike went in vain as India surrendered a one-goal advantage to lose the home-leg game 1-2. "It is difficult to swallow. I think we didn't keep the ball in the second half. It's not easy if we keep giving the ball to a team like Oman. That's something we need to work on. The boys fought really well," Chhetri said.

Stimac said they deserved more from the opening fixture. "I was repeating at half time 'don't let this go'. One silly mistake in the distance and it became two mistakes. We were punished. So late in the game to lose the points which could have given us points to fight for the second place," Stimac said.

Besides taking the lead, India dominated the first half with more shots at opposition goal and more possession. Stimac, who was part of the Croatian team that reached the 1998 World Cup semifinals, said, "I hope whole India has new face of the national team. We have seen what we can do against a strong side like Oman. They showed quality and experience. They were a little bit lucky. My guys gave everything.

"We didn't have many options. We knew we will have problems after 70 minutes with Ashique's condition, who came after a long injury. We knew Sandhesh will face problem with his injury. So we will lose shape in the balance. We could not take out five and put another five."

India started in great fashion with Chhetri putting them ahead in the 24th minute. However, Rabia Alawi Al Mandhar broke Indian hearts when he flicked the ball past Gurpreet Singh Sandhu to restore parity in the 90th minute. More disappointment was in store for the 103-ranked India as striker Alawi Al completed his brace in the 89th minute.

"It wasn't easy but after the first goal, we probably should have held the ball better. It was a good chance of playing at home: 1-0 at 70 minutes. We should have seen out the game," said Chhetri.

"There were some good individual performances. I think we gave the ball away too much (difference from the first half). The mentality probably set in that we had to hold the 1-0 lead."

India will next travel to Doha to face world Cup hosts Qatar in their next qualifier on September 10, with Afghanistan and Bangladesh being the other two teams that make up Group E.

"It's probably the most difficult match, playing Qatar away in Doha. We are looking forward to it. Every match is going to be like this (Oman), there will be a fight, no matter who we play. We have to make sure we don't repeat the small mistakes that cost us three points today," said Chhetri.