By Sajith B Warrier
Updated: Friday, January 14, 2022, 12:07 [IST]
oi-Sajith B Warrier
Derrick Pereira and Co have their task cut out against the Highlanders. Image: FC Goa Media

Bengaluru, January 14: On a momentous occasion in the Indian Super League (ISL) 2021-22 season, two full-time Indian coaches will be facing off against each other when FC Goa and NorthEast United take to the field on Friday (January 14) night at the Bambolim Athletic Stadium.

Derrick Pereira and his men will look to further inflict damage on Khalid Jamil and the Highlanders who come into the game on the back of three games without a win or a clean sheet.

While this can be billed as a bottom-of-the-table clash, one would be wise to be reminded that only three points lie between FC Goa, who are currently ninth and ATK Mohun in fifth spot in the ISL table.

And with no clear run-away leaders emerging from the pack, both the sides will look to the game to provide them some much needed momentum heading into the second half of the season.

The Gaurs walk into this one on the back of their first win under Pereira and their first clean sheet of the season. On the other hand, NorthEast will look to draw inspiration from their win over the Gaurs earlier this season. 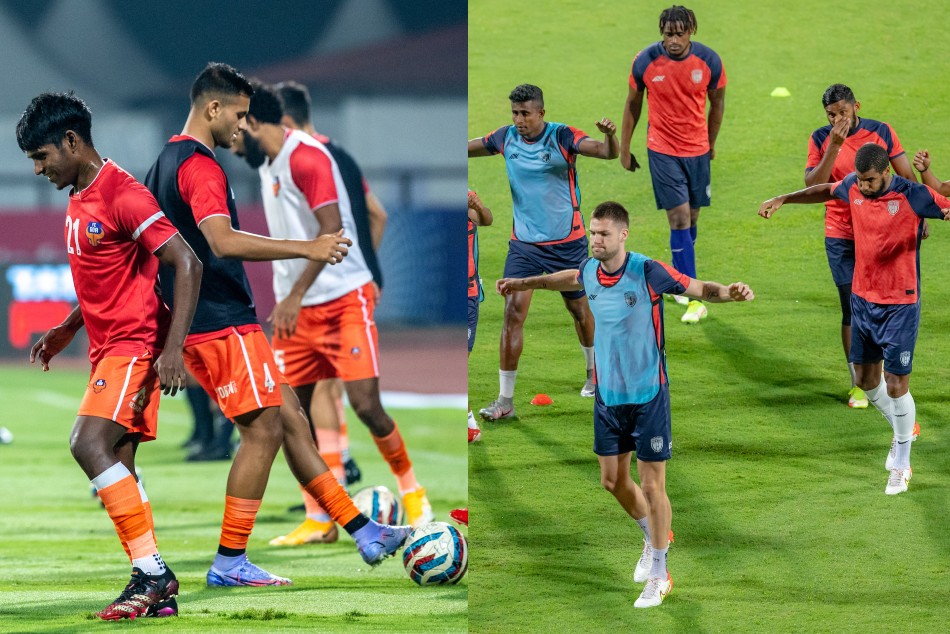 To give you all a low down as to what you can look forward to on Friday night, with FC Goa Media inputs, myKhel.com looks at 10 things that could decide the outcome of the match.

1. In 14 games between the sides, there has never been a goalless draw. In fact, a minimum of two goals have always been scored in matches between FC Goa and NorthEast United.

2. The clean sheet against NorthEast United was FC Goa's first of the season. This is the longest the Gaurs have had to wait to record a clean sheet barring the 2017-18 season.

3. Anwar Ali's debut in the last game makes him the fourth player from the Indian Under-17 team that played in the FIFA U-17 World Cup to wear FC Goa colours. The others to have done so before him are Dheeraj Singh Moirangthem, Amarjit Singh Kiyam and Nongdamba Naorem.

4. FC Goa's biggest win against NorthEast United came in a 5-1 win over the Highlanders in the 2018-19 season.

5. Naveen Kumar recorded his 8th clean sheet in FC Goa colours in his first appearance of the season against Chennaiyin.

6. Last week's win over Chennaiyin saw Aibanbha Dohling make his 8th appearance this season, equalling his appearances in the ISL from last season.

7. NorthEast United have not kept a clean sheet against FC Goa in their last 10 games against the Gaurs. The last time the Highlanders managed to blank their opponents from Saturday's game was in October 2016.

8. Deshorn Brown is someone that the Gaurs will have to keep quiet if they want to clinch all three points on Friday night. His mark of a goal contribution every 62.8 minutes is head and shoulders above the second best man in this category.

9. Naveen Kumar has kept two clean sheets in his last 2 ISL appearances. The last time Kumar started for the Gaurs was in the 3-0 triumph over Jamshedpur FC last season in January 2021.

10. NorthEast United's win over FC Goa earlier this season was the first win for the Highlanders against the Gaurs in eight games. It was their first triumph since a 2-1 win in January 2018, a gap of 1,428 days.