Kochi, January 21: FC Goa put an end to Kerala Blasters FC's resurgence as the visitors handed them a 1-2 defeat in the Indian Super League (ISL) here on Sunday (January 21). 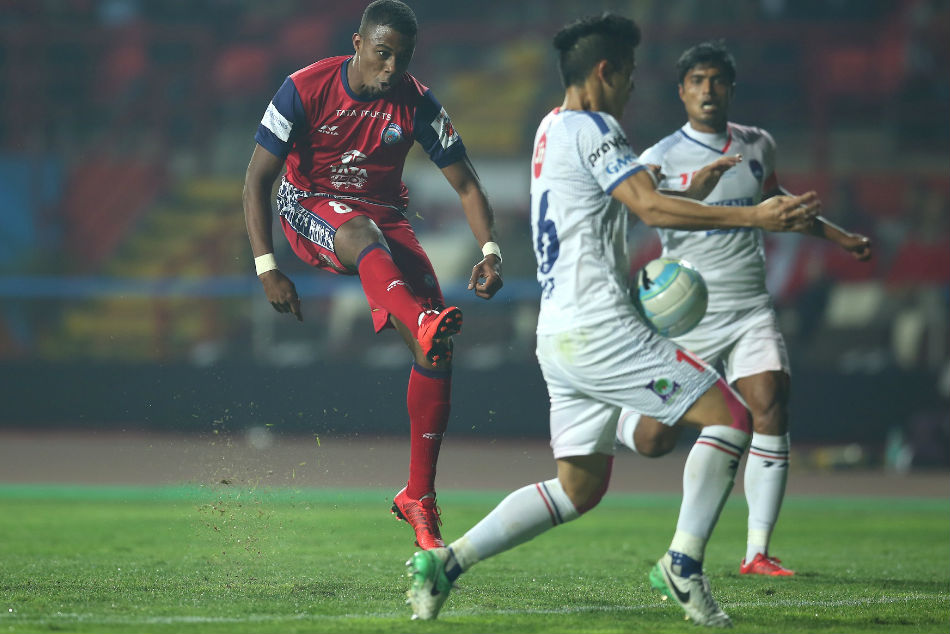 With David James replacing Rene Meulensteen, Kerala had secured seven points from his first three games in charge, as much as Meulensteen in his seven games.

.@FCGoaOfficial do the double over @KeralaBlasters after Edu Bedia’s header sealed victory for the Gaurs in Kochi!

However, the loss against Jamshedpur FC in the last game was followed by another 1-2 defeat at the hands of FC Goa at the Jawaharlal Nehru Stadium.

Ferran Corominas scored his 10th goal of the season in the seventh minute while another Spaniard, Edu Bedia, secured the winner in the 77th minute after CK Vineeth had drawn his team level in the 29th minute.

The win gave FC Goa 19 points from 10 matches but they continue to be placed fourth on the table.

The Goans however have a match in hand and can move to the top of the table if they can defeat Mumbai City FC in their next match at home coming Sunday.

As expected FC Goa started with attacking intentions and made it clear in the fourth minute when Manuel Lanzarote's shot from outside the box almost resulted in a stunning goal.

The ball, however, struck the post and rebounded back.

Edu Bedia put in another impressive shift in the centre of the park for @FCGoaOfficial and capped off his performance with the winner and the Hero of the Match award!
#LetsFootball #KERGOA pic.twitter.com/ZhVGCRgM0G

Kerala, however, were not lucky three minutes later when Goa struck with a classic team goal.

A through ball from Brandon Fernandes for Mandar Rao Dessai saw the winger cut it back for Corominas, and the highest goal scorer did well to hold on to it, look up and then shoot past the goalkeeper and defender Sandesh Jhingan on the goalline.

Kerala were subdued and did not trouble the Goa defence.

Siam Hanghal was the first to have a good look at the rival goal and his attempt from outside the danger zone struck the crossbar before sailing out. That encouraged Kerala Blasters and they had the equaliser soon.

It was CK Vineeth who provided the breakthrough in the 29th minute.

A goal kick from Laxmikant Kattimani saw defender Wes Brown head it into the path of Hanghal who flicked it for Vineeth. The Kerala sharpshooter easily finished by hooking the ball into the top corner past an onrushing Kattimani.

In the second session, there were not too many chances for either team. Vineeth tried an ambitious overhead kick which sailed wide and another attempt from him went straight to the keeper.

For Goa, Lanzarote's free kick was off target and so was Mandar s shot from the left.

However, with Goa enjoying so much of ball possession, opportunity would always be there. That chance came in the 77th minute when Brandon Fernandes whipped in a corner which Edu Bedia glanced home the header across the goalkeeper into the far post for the winner.

Week 10 wraps up with @bengalurufc leading the way in the standings, but there's just two points separating the top 4 clubs!#LetsFootball #KERGOA pic.twitter.com/oHuS7HtDkm