Cardiff, April 22: Jurgen Klopp trolled Manchester United by suggesting they will not be able to influence Wednesday's derby clash with Manchester City on the evidence of Sunday's 4-0 hammering by Everton. 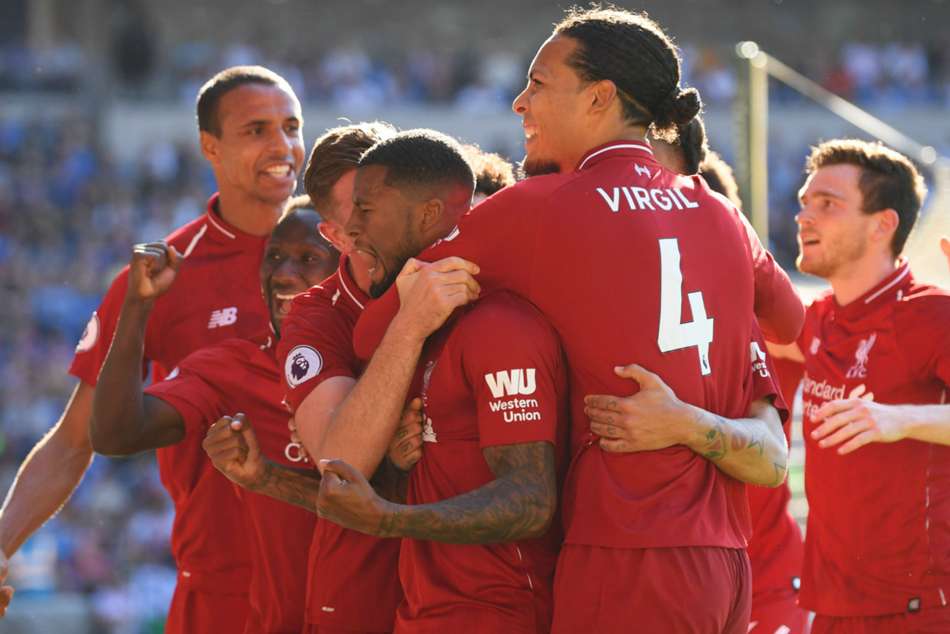 Klopp's Liverpool are top of the Premier League table

Many have suggested the trip to Old Trafford is City's final major obstacle in their title defence after they overcame Tottenham 1-0 at home on Saturday (April 20).

United go into that encounter in wretched form, with Sunday's embarrassing loss to Everton being a sixth defeat in eight matches across all competitions.

Klopp was asked about the importance of the Manchester derby and he took the opportunity to take a pop at United.

"It [the derby] is not something we can influence, and it does not look like United are in a place to, either," Klopp quipped to Sky Sports after beating Cardiff City 2-0. "What was the [United] score today? 3-0, 4-0, to Everton?"

The German also addressed the situation in his post-match news conference, and reminded his players they need to just continue concentrating on one match at a time, otherwise they could become complacent.

"We had to play that game as well and Man United was in that moment obviously in a much better moment when we played them, so it was a 0-0. So, on a good day maybe, it [the derby] is a draw.

"We'll see what comes out on Wednesday, we have no influence on that, but we still have to play games after that.

"So, if United get a point or whatever and we win [against] Huddersfield Town, go to Newcastle United after Barcelona and think we have it halfway or whatever, then we will get a knock there.

"It's all difficult, we just have to stay focused on our things – that's what worked really well so far and I don't see any reason why we should change."

One sour note from the Reds' win at struggling Cardiff was a late head injury suffered by Fabinho in an aerial duel, but Klopp is not hugely worried about the Brazilian.

"It was very unlucky," he told the club's official website. "Fabinho is OK, but he had a bit of shaky legs and that's of course not a good sign in the moment.