Turin, April 23: Massimiliano Allegri insists Juventus are still in control of the Serie A title race despite losing "a terrible game" 1-0 to Napoli on Sunday (April 22).

Juve looked satisfied to play out a goalless draw at home to the Partenopei, a result that would have preserved their four-point advantage at the top with four rounds of the league season remaining. 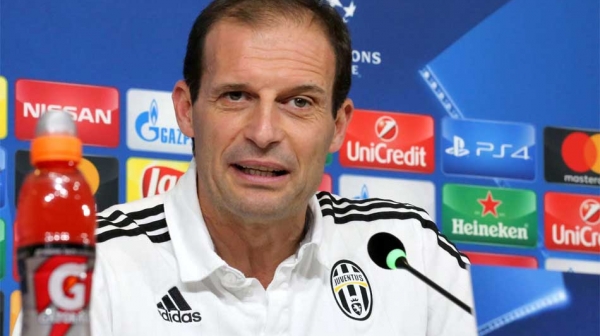 Addressing the media after the disappointing result, Allegri offered a damning verdict on the quality of the contest at Allianz Stadium, but issued a reminder his players still control the final destination of the Scudetto.

"It was a terrible game from both teams," he said.

"There were barely any shots on goal. We had some difficulties, but we should've taken it to the end more carefully rather than concede a goal from a set play.

"It's a head-to-head and anything can happen in those situations. Now we have a rest day, then we have to prepare for what I think really will be the decisive match for our season against Inter," he added, referring to the Derby d'Italia at San Siro next weekend.

"We are still top of the table, we still have the advantage. There are four games to go, two at home and two away, so we'll see what happens.

"Napoli deserve some credit for their victory, but there were barely any chances. They had to win, we needed to either win or not lose.

"There is another advantage, as goal difference is in our favour and the head-to-head record is even. We have to shake off this match, get ready for the next and that will be very important."

Allegri withdrew Paulo Dybala, who had been rumoured in the build-up to be carrying an injury, at half-time in favour of Juan Cuadrado, while Mario Mandzukic took over from Douglas Costa in the 71st minute, although neither change prompted Juve to shake off their lethargy in the final third.

"I only replaced Dybala because I needed more coverage and physicality on the wings," Allegri said. "That's also why Mario Mandzukic came on."