Malcom dreams of Premier League but remains unsure of future

London, January 21: Bordeaux star Malcom admits it is his "dream" to play in the Premier League as speculation continues over a move to Tottenham or Arsenal.

The 20-year-old has been heavily linked with the north London duo, with Spurs believed to be the favourites to sign him this window before potentially loaning him back to Bordeaux for the rest of the season.

The Brazil youth international would be content to stay in Ligue 1 for the time being but has his eye on a career in England at some stage. 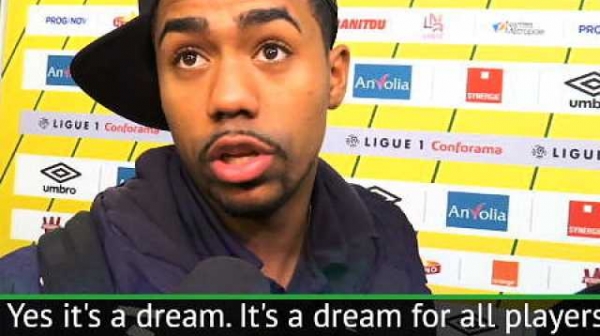 "If I go, that's good. I'd be grateful to Bordeaux forever. That's life, these are the choices. We'll see.

Asked specifically about the Premier League, he replied: "Yes, it's a dream. It's a dream for all players and for me it's no different.

Arsenal were initially thought to be most likely to sign Malcom but manager Arsene Wenger stated this week that they were unlikely to strike a deal for the winger.

That prompted speculation of a renewed push from Tottenham, who are reportedly ready to pay €40million for the former Corinthians man but will allow him to stay at Bordeaux before bringing him to England for next season.

Bordeaux's win came on the day they announced Gustavo Poyet as their new head coach, but Malcom says he knows little about the former Chelsea star's credentials.

"I don't know him very well. I think that, if Bordeaux chose Gustavo, he will do a good job," he said.

"We'll give him total confidence to do his job and to win games."