By Dom Farrell
Updated: Wednesday, May 12, 2021, 0:58 [IST]
omnisport-MyKhel Team
From the galvanising arrival of Ruben Dias to Kevin De Bruyne's relentless excellence, there were many key men in Man City's title win.

London, May 12: Manchester City have won their third Premier League title in the past four seasons, also making it a hat-trick of triumphs in England's top flight for manager Pep Guardiola.

Even more so than when City racked up remarkable 100 and 98-point totals in their back-to-back 2017-18 and 2018-19 successes, this has been a tale of collective endeavour.

After a November defeat at Tottenham left Guardiola's men languishing in 11th, with 12 points from eight games, a steady turnaround occurred, with City establishing irresistible momentum by the early weeks of 2021.

This version of City might not be as freewheeling and freescoring as in previous years – they are set to fall well short of the 102 goals they managed despite coming a distant second to Liverpool last term – but they have proved no less effective. 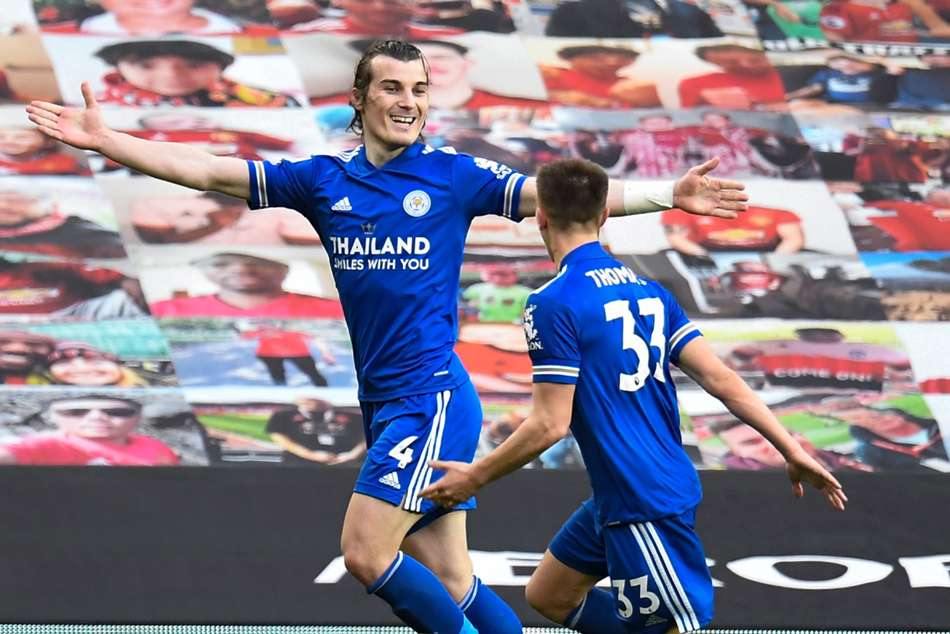 Here, we look at some of the key figures in their revival.

There were a number of factors that helped Guardiola to put the pieces back together after a crushing 5-2 defeat in City's first Premier League home game of the season versus Leicester City, but the fact they secured Dias as a club-record signing from Benfica two days later feels heavily symbolic.

The Portugal centre-back instantly provided the defensive leadership City have lacked since Vincent Kompany's departure in 2019 and shoring things up at the back took the pressure off an attack struggling to adjust to Sergio Aguero's more marginal role.

In Dias' 30 Premier League appearances, City have conceded 18 goals, four of which were penalties, set against an expected goals against (xGA) figure of 21.3. In the 30 games prior to his debut, Guardiola's men conceded 32 goals, including six penalties, from 29.5 xGA against.

The 23-year-old has unquestionably added a layer of steel that City previously lacked - something that was emphatically demonstrated by his heroic midweek showing against Paris Saint-Germain - although he is not the only player responsible for this development.

First trophy with this amazing club and also special meaning for meeting the fans for the first time! Let’s goooo City!! pic.twitter.com/L1J0LgeR93

Forlorn battles with form and fitness in 2019-20 left Stones at a career crossroads. Had Eric Garcia signed a new contract instead of running his deal down in order to join Barcelona on a free, his race might have been run at the Etihad Stadium.

Despite a lengthy chase for a senior centre-back – Dias having not been City's first choice – and Nathan Ake's arrival from Bournemouth, Stones chose to buckle down to rich rewards.

He impressed in City's opening 3-1 win over Wolves but then had to bide his time as a rotation option. Those midweek performances persuaded Guardiola to install him at Dias' first-choice partner after some unsteady outings from pervious mainstay Aymeric Laporte.

A goal-costing error on his return to England duty in March and a recent red card at Aston Villa showed some of the old frailties remain, but bravura showings in the Champions League wins at Borussia Dortmund and PSG demonstrated how far the 26-year-old has come.

With Stones on the pitch this season, City have conceded one goal every 195 minutes. Among defenders to have played at least 1,000 minutes in 2020-21, only Chelsea's Antonio Rudiger (219) has a better rate.

1 - Joao Cancelo has both scored and assisted in a single game in the top five European Leagues for the first time since April 2016 for Valencia vs Eibar in LaLiga. Reviewed. pic.twitter.com/cBFTHHOGkV

Dias' compatriot Cancelo has typified two familiar elements when it comes to Guardiola teams – players often fare far better after a mixed initial season getting used to the Catalan tactician's demands, while innovation and excellence in the full-back areas is usually a sign of things being in very good working order

"He arrived last season, he was confused in the beginning, he expected something we could not offer him but he is a nice guy with a great heart," Guardiola said in January, by which time it had become apparent how effective the former Juventus man was in his hybrid full-back/midfield role.

When City motored clear of the pack during 21-match winning run in all competitions that spanned December to March, Cancelo was key in helping to provide the numerical superiority in midfield Guardiola desires, while also proving versatile enough to operate both inside and outside from right-back or left-back.

Cancelo is the first Premier League player to average more than two tackles (2.7), 1.5 chances created (1.7) and 50 successful passes (61.5) per 90 minutes since Cesc Fabregas in 2017-18. To perhaps underline his unique interpretation of the full-back position, Cancelo is the only defender among the previous 10 players to hit these combined marks, going back to Aaron Ramsey in 2013-14.

Particularly this season, everything in a Guardiola team is noticeably connected. The Dias-Stones axis has shored things up to the extent Cancelo can provide both extra midfield protection and an additional creative outlet.

A knock-on from this is Gundogan being able to make hay further up the field. When City last won the league in 2018-19, he performed with distinction in a holding midfield role during the run-in.

This term, the Germany playmaker has been unleashed to devastating effect, hitting a particular purple patch in front of goal as City swept all before them in January and February – netting braces to sink Liverpool and Spurs in the latter month.

In 26 appearances, Gundogan has scored 12 times. His 11 non-penalty goals are three better than any other midfielder in the division.

He could still finish the campaign as the lowest scoring top-scorer from a Premier League champion, a distinction presently held by Frank Lampard, who scored 13 times when Chelsea claimed glory in 2004-05.

De Bruyne was named PFA Footballers' Footballer of the Year last season and has not stolen the limelight in quite the same way this time around. However, that is perhaps down to his team-mates not leaving him to fight a lone hand as he did for much of the previous campaign.

The Belgium maestro's contribution has still been very impressive. He has five goals and 11 assists in the Premier League, while he has now scored in City's past five Champions League knockout ties.

He has created 74 chances in 24 appearances, averaging 3.44 per 90 minutes – the best rate of any player in the Premier League, albeit down on his remarkable average of 4.37 last season.

For club and country, Foden has enjoyed the kind of breakout season that seems to have been craved for some time, despite the fact he is still a few weeks shy of his 21st birthday.

A central midfielder as he came through the ranks at City, Foden has largely been deployed as a wide attacker and to devastating effect.

His 12 goal involvements (seven goals, five assists) are more than any under-21 player in the Premier League, while his performance and stunning solo goal in a 4-1 win at Anfield showed his taste for the big occasion – a priceless facet again demonstrated as the England international scored the winner in each leg of the Champions League quarter-final against Dortmund.

Having faced frequent calls to give Foden more game-time, Guardiola now counts the youngster as a practically locked-in selection for big games. As in each of his four seasons in senior football, Foden has featured more regularly, with 26 Premier League appearances and 15 starts to his name.