Ankara, July 24: Turkish president Recep Tayyip Erdogan has congratulated Mesut Ozil for his "national and native" decision to quit the German national team over what the Arsenal playmaker perceived to be racially-motivated criticism of his World Cup performances.

Ozil released a three-part statement on Sunday, hitting out at the German Football Association (DFB), its chief Reinhard Grindel, the media and some fans after being widely condemned for meeting with Erdogan prior to the tournament in Russia.

The former Real Madrid man claimed the DFB and senior figures in German football had not done enough to protect him following Joachim Low's side's group-stage exit, suggesting he had been made a scapegoat due to his background, even stating: "If we win, I'm German. If we lose, I'm an immigrant."

The DFB on Monday rejected Ozil's claims of racism and reiterated their belief that the player should have explained his motive behind the meeting, as team-mate Ilkay Gundogan did. 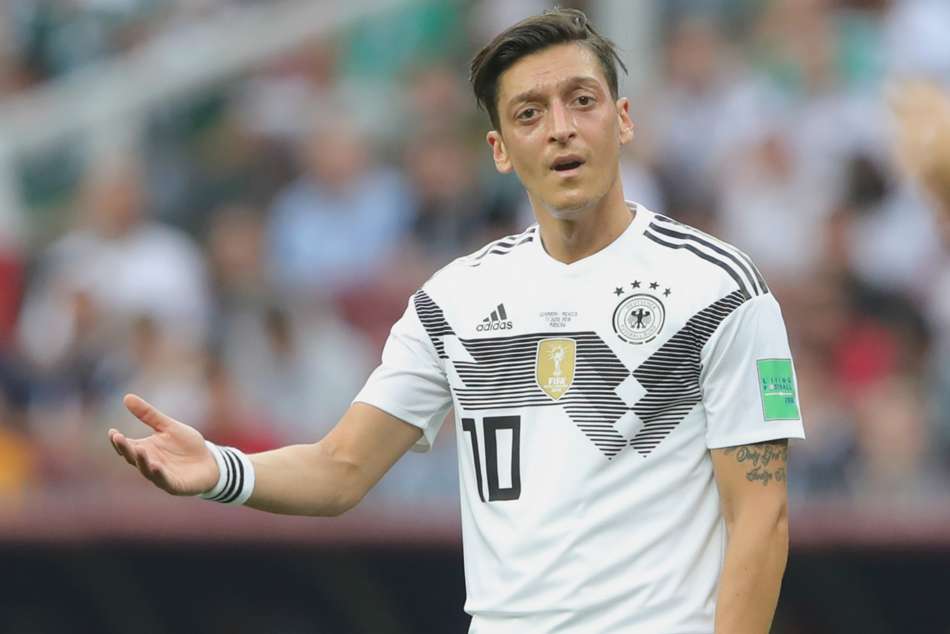 Erdogan is a controversial figure and his get-together with Ozil and Gundogan came at a time when several German citizens were being held on political charges as part of a crackdown on free speech in Turkey.

The leader of the ruling Justice and Development Party said he spoke to Ozil on Monday and hailed him for his approach.

5.5 - @MesutOzil1088 created more chances per 90 minutes than any other player at the 2018 World Cup (minimum 90 minutes played). Tackled. pic.twitter.com/IQTGWqba9Q

He told reporters: "This statement by Ozil and the stance he has taken is completely national and native. It is well beyond all appreciation.

"I congratulate him, because such a racist approach due to his religion toward a young person who gave everything for the German national team, contributing to its successes, was completely unacceptable."

Ozil also received support from the president of the Football Federation of Turkey, Yildirim Demiroren.

Demiroren said in a statement: "I condemn the treatment, the threats and the humiliating messages that have been sent to him because of his origins.

"Whether in public or in private, every player should be protected against messages of humiliation, discrimination and hate.

"All members of the international soccer community should continue their unwavering struggle to combat racism and intolerance.

"We must all work together to make use of the potential to create a positive social impact that promotes all-inclusive and respectful values of football."