London, April 23: Mohamed Salah has won the PFA Players' Player of the Year award after a goal-laden, record-breaking first season at Liverpool.

The Egypt forward has hit 31 goals in 33 Premier League appearances since signing from Roma for an initial £36.9million (€42m) last June, equalling the record for the most prolific campaign in the division's 20-team history. 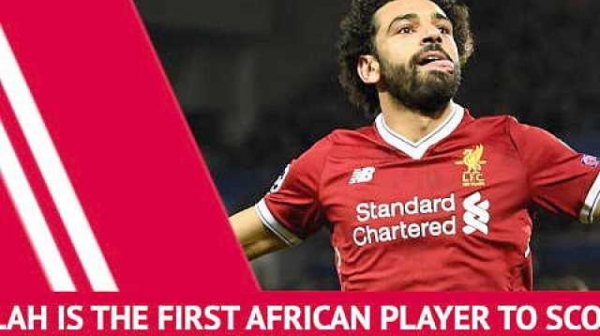 The 25-year-old pipped Kevin De Bruyne to the prize, the playmaker having been a key influence in Manchester City's dominant Premier League campaign. Tottenham striker Harry Kane came in third.

"It's an honour to be Player of the Year for the Premier League, especially because it's voted for by the players," said Salah, who received a message of congratulations from manager Jurgen Klopp.

De Bruyne confirmed he voted for Salah, scorer of 41 goals in all competitions for Liverpool, who face the winger's former club Roma in the semi-finals of the Champions League at Anfield on Tuesday.

This month Salah became the first player in Premier League history to win three Player of the Month awards in a season.

De Bruyne will not end the campaign empty-handed, though, as he is set to collect the newly created Premier League Playmaker award, which goes to the individual with the most assists over the term.