Mount then had a big hand in the second, playing in Pulisic to dink over Jose Sa, before substitute Broja raced through to add a late third as Chelsea beat Wolves for the first time in four attempts.

The Blues move up to fourth as Potter earns an important first home league victory after making seven changes.

The hosts started brightly with Conor Gallagher and Havertz both going close in the early minutes, though Daniel Podence headed just wide at the other end.

Jorginho saw a low drive parried away by Sa, while Mount dragged a shot left of the target as Chelsea pressed for an early goal.

Joao Moutinho tested Kepa Arrizabalaga with a powerful free-kick, before Sa made a brilliant save to tip a Pulisic curler wide at full stretch.

But Wolves' resistance was broken in first-half injury time as Havertz looped a sublime header into the far corner from Mount's driven cross from the right.

The visitors enjoyed a much better spell after the interval, but fell further behind when Pulisic and Mount combined before the former delicately finished to make it 2-0. 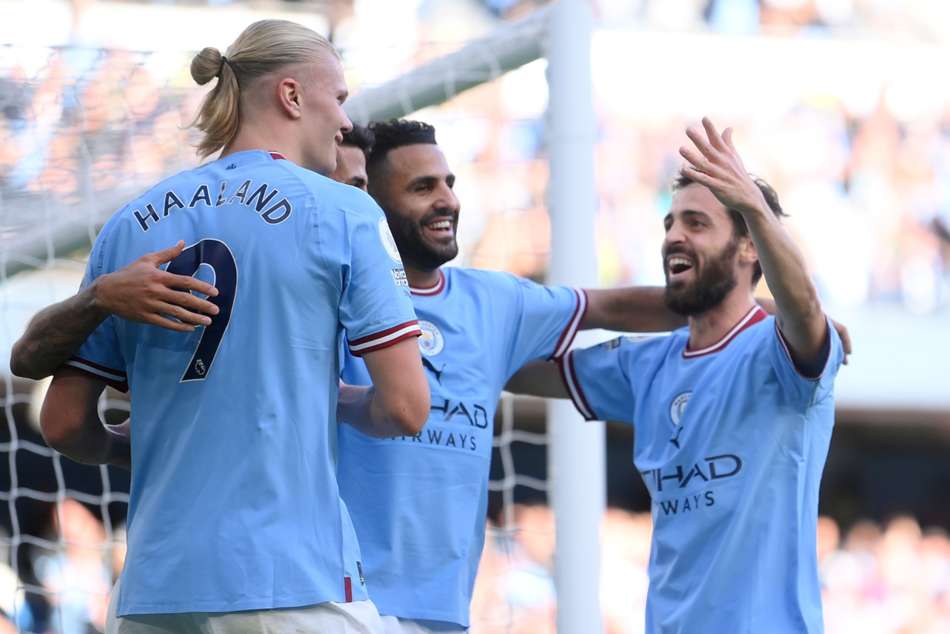 Havertz could have added a third shortly after, but his chip was pushed away by Sa before Hwang Hee-chan missed a golden opportunity to pull a goal back as he fired straight at Arrizabalaga.

Broja rounded off the scoring in the dying minutes, cutting onto his right foot before firing a delightful finish into the bottom corner to cap a brilliant Chelsea display.