New Delhi, May 14: After dishing out a decent performance in the AFC Asian Cup UAE 2019 for India, and then winning the Hero Indian Super League with Bengaluru FC, one might expect Udanta Singh to take time off his 'flashiness,' and recuperate in the off-season. 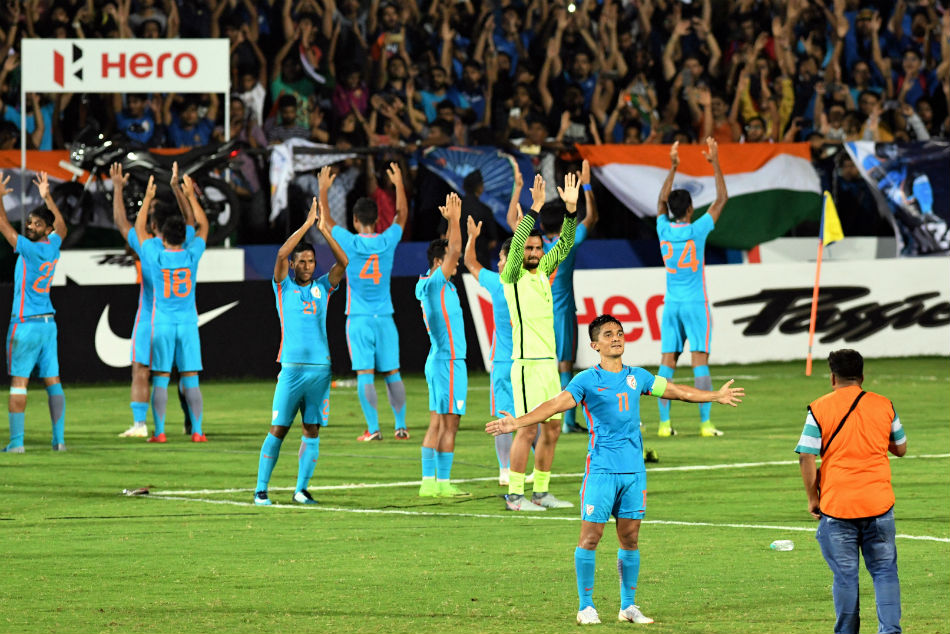 But the fleet-footed winger who has a goal conversion rate of 21%, hints that "off-season might not exist in football."

"I took a couple of days off, and I got right back into the grind," said Udanta. "When you're not playing competitive football it is always fun to have a game with your friends and family. It gives you an aspect of the game wherein you can enjoy with your loved ones," he added.

But that is not it. He believes that work is also to be done. "It really depends what you want to do in the off-season. You can relax, or you can put the work in and get ready for the next season. I prefer the latter."

"I try to train daily, and do some sort of strength and conditioning or stretching daily. So as to not only exceed my athletic capabilities but be in better physical form once the seasons starts."

"Strength and conditioning plays a major role in the off-season and you can exceed your athletic capabilities with a proper programme when you are not engaged with football," he stated.

Probably the secret to Udanta's lightning pace down the flanks could be the work he puts in the off-season. But with the Indian national team's next assignment coming up in the King's Cup in Thailand, Udanta believes that the team would benefit from the AFC Asian Cup campaign and keep the momentum going.

"In the AFC Asian Cup we showed what we are capable of. We were unlucky not to progress through to the next round. But our win over Thailand was a statement of our abilities as a young team."

"We can only go upwards from here and the Kings Cup will be another good platform to grow."

India play Caraco in their opening match of the Kings' Cup on June 5, 2019, in Buriram, Thailand.