Birmingham, June 11: Aston Villa have confirmed the signing of Emiliano Buendia from Norwich City in a club-record transfer.

The Midlands club saw off competition from Arsenal to sign the 24-year-old for a fee believed to be in the region of £35million with a further £5m of add-ons also included in the deal.

Reacting to the news, Villa manager Dean Smith told the club's official website: "Emiliano has just completed an outstanding season in a Championship-winning Norwich side with 31 combined goals and assists and was named Player of the Season across the league.

"He is equally capable as a wide attacker or as a number 10 and is a great addition to our attacking options. We are delighted to have made such an exciting signing so early in the summer and look forward to Emi joining up with us for a full pre-season." 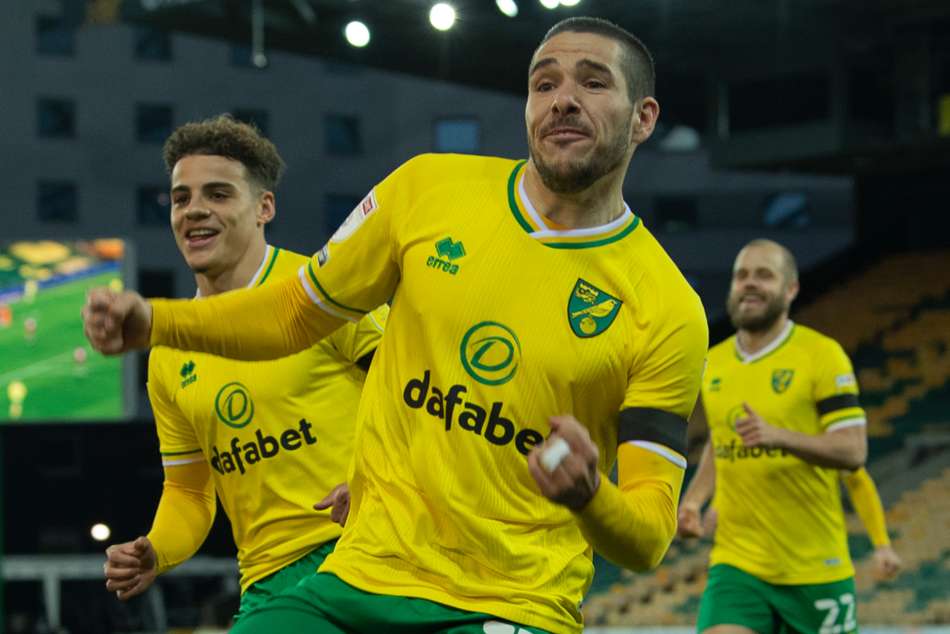 As Smith alludes to, Buendia was named Championship Player of the Year for his part in Norwich's successful promotion a year after dropping down from the top flight.

And, while £35m may sound like a significant fee for a player whose most recent campaign was in the second tier, it is easy to see why Buendia has commanded such an outlay.

When Norwich were relegated last year, it was a widely held belief that they had several players who were likely to stay in the Premier League by joining other teams.

While Ben Godfrey was sold for approximately £25m to Everton and Jamal Lewis moved to Newcastle United, Norwich managed to keep hold of their other major assets: Todd Cantwell, Max Aarons and, perhaps crucially, Buendia.

That they were able to resist the sale of Buendia was arguably the most surprising of all, considering he had enjoyed a promising debut campaign in the Premier League.

His ability to find and exploit pockets of space made him a real creative nuisance and something of an anomaly as well, given he – a player in a relegated team – was up there with the league's best in key creative metrics. 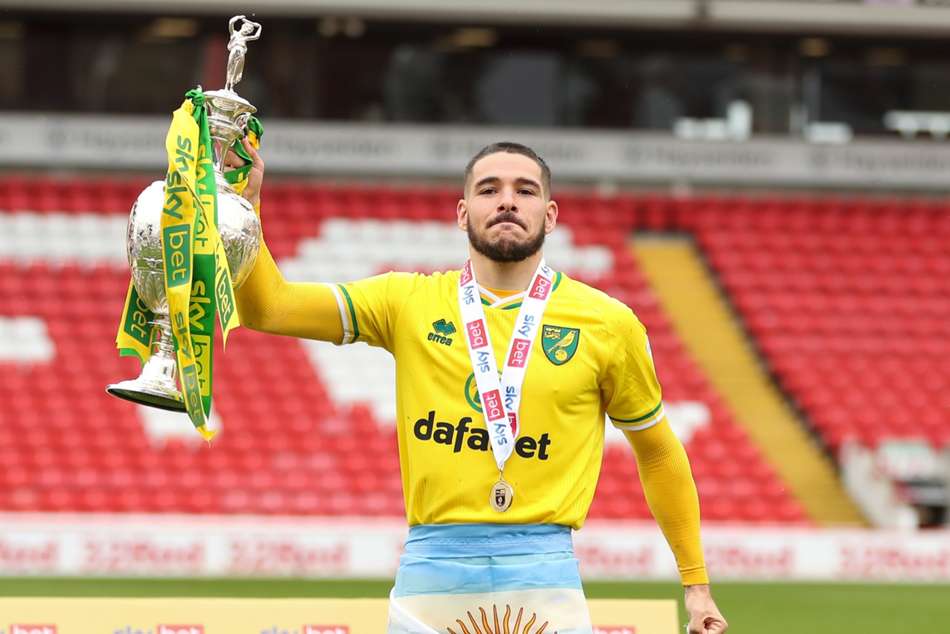 Buendia created 55 shooting opportunities in open play in 2019-20, a figure that only Kevin De Bruyne, Jack Grealish and Sadio Mane could better. He was level with Mohamed Salah and ahead of Roberto Firmino, Riyad Mahrez and Bernardo Silva, among others.

His seven assists, only one of which came from a set-piece situation, was another notable feat, and his 6.2 expected assists (xA) figure suggests he was not benefiting from astonishing luck throughout the season either. He was simply a very effective creator.

Learning on the job

It would have been easy to write Buendia's Premier League season off as a fluke. There must have been those expecting him to endure a disappointing 2020-21 back in the Championship, perhaps a consequence of not getting a move away.

After all, he did have a spell out of the Norwich team in 2019-20, with Norwich boss Daniel Farke suggesting there were concerns over his work rate and lack of goals.

"Believe me there is probably no-one here in this room who knows [better] how good Emi is and how big his potential is," Farke said in February 2020. "If he is just there with 95 per cent [effort] then it was definitely possible to bring him back [into the team] at Championship level and he could still make the difference. 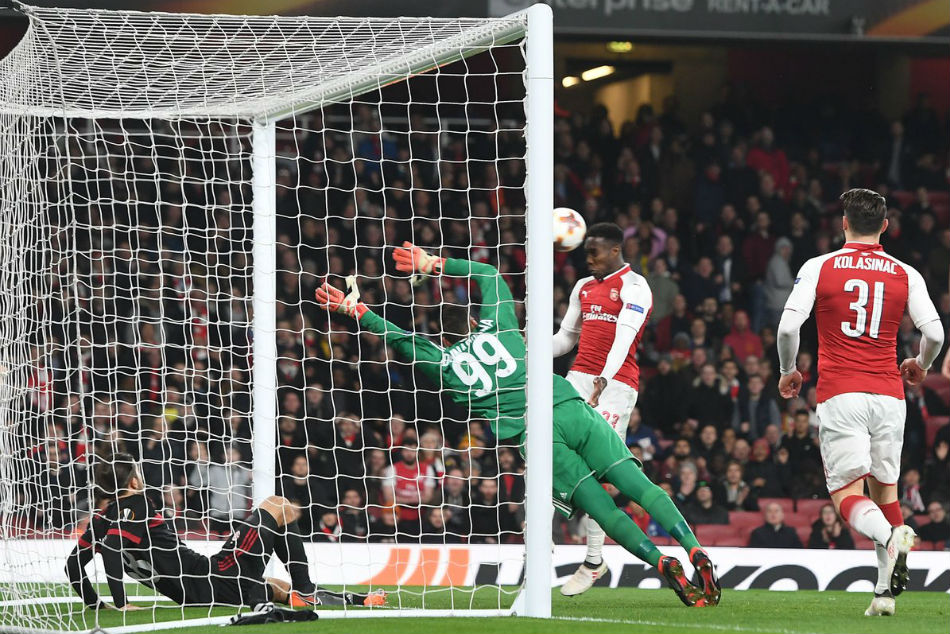 Arsenal set to lose out on Norwich star, three alternatives

"When I think about his ability to assist, he is already there with seven. It is perhaps not world class on this level for a winger, but for our level it is top class and it is the best of all our players in these terms. Let's be honest, we've had the 26th game day and he is there with no goals. There are several losses of the ball and also sometimes he lacks running in behind."

But Buendia stuck around, seemingly accepting he still had plenty to learn, and his improvement in front of goal has been notable.

In the Premier League he averaged just 1.46 shots per game, but he has more than doubled that frequency to three every 90 minutes in the Championship, likely a consequence of the fact he has spent more time in the central areas of the pitch and closer to the penalty area.

As a result, his goals haul shot up from one to 15 and his xG of 11.8 shows that, while he may have been lucky on occasions, he would still have expected to reach double figures. Even if you take into consideration the drop in quality from the Premier League to the Championship, that is still a commendable improvement and highlights his willingness to take on criticism and use it to better himself.

Creating his own luck?

Buendia's even greater tendency to work centrally seemed to benefit his creative talents as well. As shown in his xA map, many of his 16 assists came from the middle vertical of the attacking half.

Granted, he has outperformed his 9.3 xA (open play) by approximately seven, which is significant and suggests some of those assists have benefited from particularly good finishing or a slice of fortune, yet his overall xA of 12.4 is still at least four more than any other player in the Championship this term.

Similarly, his 93 key passes in open play was – remarkably – 31 more than anyone else in the division.

It will be intriguing to see what role Buendia is deployed in at Villa and whether both he and Grealish are compatible in the same side. Even if they line up on opposite flanks, they will want to do much of their work in similar areas as they drift inside.

But regardless of any potential teething issues, Buendia looks set to be another smart acquisition by Villa – and potentially the one who got away for Arsenal.